The Zimbabwe parks agency said a bacterial disease known as hemorrhagic septicaemia was possibly behind the deaths of 34 elephants, just a week after Botswana blamed toxins produced by another type of bacterium, which killed more than 300 elephants in the Botswana.  The unexpected deaths of elephants in Zimbabwe began late in August, not long after hundreds of elephants died mysteriously in Botswana.  At first, officials were at a lost to explain the cause of the death but have since blamed toxins produced by a specific type of bacterium.

Experts believe that Zimbabwe and Botswana could be home to roughly half of the continent’s 400,000 elephants, which are frequently targeted by poachers.  The current number of Elephants in the two countries is at historically high level, but unfortunately many populations elsewhere in Africa have been severely depleted.  According to Chris Thouless, the head of research at Save the Elephants, populations have been dwindling especially in forested areas. 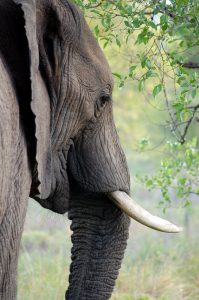 Hemorrhagic Septicemia, the current culprit, is a disease caused by Pasteurella multocida, a bacterium that affects cattle, buffalo and other animals.  It occurs in Asia and Africa and is often fatal.  Cyanobacteria, the original culprit in Botswana, is a micro-organism that are commonly found in water and sometimes in soil.  Some of these micro-organism can produce toxins that is damaging to the liver and nervous system of animals and humans.  The disease is transmitted by ingesting contaminated food and water, or through respiratory secretions.  Chris Foggin, a Zimbabwean Veterinarian, said the bacteria that cause Hemorrhagic Septicemia seem to affect animals when they are stressed and in large numbers. 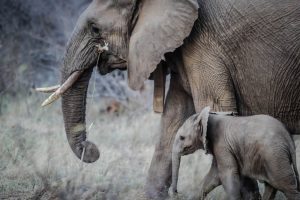 The Cyanobacteria thrive in warm and nutrient-rich environments.  when they multiply they can create blooms that spread across the surface of a body of water and discolour it.  Fertilizers used in the agricultural sector tends to encourage Cyanobacteria blooms to form through nutrient loading.   Experts do not believe that elephants herds in the two countries are in grave danger yet though.  They have also suggested that climate change could be encouraging the growth of these bacterium’s by creating favourable conditions.