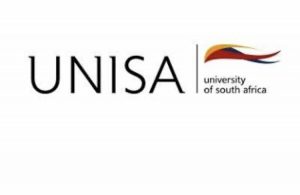 The Supreme Court of Appeal (SCA) has ruled that the removal of Afrikaans as a medium of instruction at the University of South Africa (Unisa) was unlawful and unconstitutional, according to News24.

The appeal was brought by lobby group AfriForum following a ruling by the Gauteng High Court in Pretoria on 26 April 2018, in favour of a language policy determining that English be the primary language of instruction at this institution.

Delivering judgment electronically on Tuesday evening, the SCA ruled that the “university’s decision to replace its dual-medium language policy with (an)English-only policy infringed (the) principle of legality and (was)unlawful”.

The SCA held that the university “failed to establish that it was not reasonably practicable to continue offering tuition in Afrikaans” and upheld AfriForum’s appeal with costs.

The SCA said all the modules will have to be presented in full in the following academic years until the language policy has been lawfully amended, “if at all”.

Henk Maree, spokesperson for AfriForum, said in November 2019 that the appeal was essential as the circumstances of Unisa are unique, as there are no classes, which cannot result in segregation of students.

According to the judgment, AfriForum trenchantly criticised the process followed by Unisa in reviewing its language policy. Its core contention…was that the impugned decisions violated the rights, by its count, of approximately 30 000 existing and prospective Afrikaans students, which “included white, black and coloured students from Afrikaans-speaking communities, to receive tuition in their mother tongue”

Alberton City helping those in need!

Back to school dates

Talhah is a game-changer

Homeless people are sheltered during lockdown