Travel News: Things to do in South Africa in December 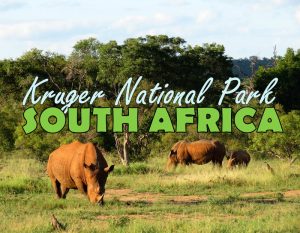 A Beautiful Experience In Pilgrimsrest

Pilgrim’s Rest is a small museum town in Mpumalanga which is protected as a provincial heritage site. It was the second of the Transvaal gold fields, attracting a rush of prospectors in 1873, soon after the MacMac diggings started some 5 kilometres (3.1 mi) away. Alluvial panning eventually gave way to deeper ore mining. In the 1970s the town, not greatly changed, became a tourist destination.  The village is a cultural heritage site and living museum with a variety of village museums, tours, accommodation, restaurants, and shops. 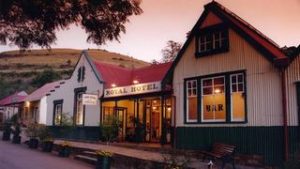 Gold Reef City is an amusement park in Johannesburg, Gauteng. Located on an old gold mine which closed in 1971, the park is themed around the gold rush that started in 1886 on the Witwatersrand, the buildings on the park are designed to mimic the same period. There is a museum dedicated to gold mining on the grounds where it is possible to see a gold-containing ore vein and see how gold is poured into barrels. There are many attractions at Gold Reef City, including water rides, roller coasters and the famous Gold Reef City Casino. Gold Reef City is located to the south of the Central Business District off of the M1. It is also the site of the Apartheid Museum. 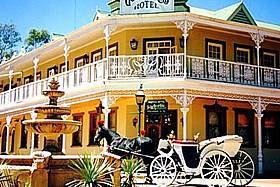 uShaka Marine World is a 16-hectare theme park which was opened on 30 April 2004 in Durban, KwaZulu-Natal. It comprises 8 sections: uShaka Sea World, uShaka Wet ‘n Wild, uShaka Sea Animal Encounters Island, uShaka Beach, uShaka Village Walk, uShaka Kids World, uShaka Dangerous Creatures and Chimp & Zee. It is located on the strip of land between the beachfront and the harbour. It was the first phase in the redevelopment of the Durban Point. 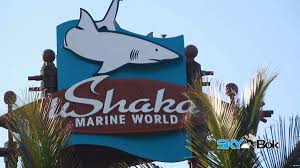 These caves are the oldest and the most loved and have great cave service. There are two tours and you can choose depending on your preference. First there is a standard tour where you can just walk leisurely around the caves and get a better view at different cave formations around this place. Then there is an adventure tour which takes you through the narrow pathways which have opening that are about 26 centimetres apart. 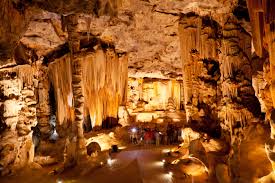 Cape Town is consistently voted as one of the top holiday destinations in the world for families, couples and solo travellers. South Africa’s Mother City boasts spectacular natural beauty, superb accommodation and fantastic weather year-round – and some of the best beaches in the world! The city’s acclaimed food and wine experiences are as alluring as its iconic landmark: Table Mountain, one of the 7 Natural Wonders of the World. And for some of the best land-based whale watching on the planet, head for the Whale Coast during whale season. 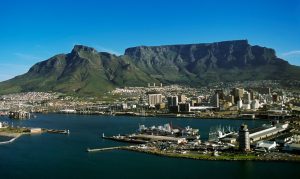 The beauty of the Cape Winelands’ green valleys ensconced by craggy mountains is as much of a treat for the eye as its cuisine is a treat for the palate. Sip, swirl and sample award-winning wines, indulge in gourmet farm-to-table cuisine or wander down oak-lined streets to local art galleries with this stunning scenery as your backdrop. Although only an hour’s drive from Cape Town, a night or two in this peaceful patchwork of vineyards and mountains will dissolve any lingering city stress. 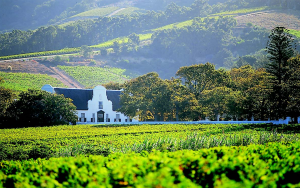 About three hours from Johannesburg lies Sun City, South Africa’s undisputed ‘Kingdom of Pleasure’. If you’re looking for true escapism and non-stop entertainment, then this is without question where to go in South Africa. There are championship golf courses and world-class casinos, slide-filled water theme parks plus nightclubs, shops and restaurants. They’ve even built their own beach! And if that’s not enough, Sun City is right next to the Pilanesberg National Park, where you can go on a Big 5 safari. 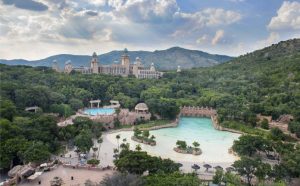 Set within the crater of an ancient volcano and centred around a large hippo- and croc-filled lake, the Pilanesberg National Park is one of South Africa’s best wildlife destinations. Although conveniently close to Sun City, these two top destinations feel words apart. Some visitors choose to stay in Sun City and pop across for a half-day safari, but with such great Big 5 game viewing on offer – plus a wide selection of excellent safari lodges – we recommend a night or two in this beautiful piece of African wilderness. 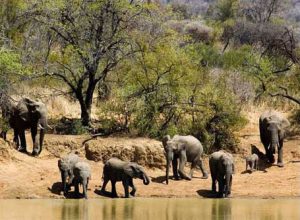 The Eastern Cape is hard to beat when it comes to exciting and stress-free Big 5 safaris for the whole family. The region offers a combination of child-friendly lodges in malaria-free reserves, all within driving distance of the Garden Route’s finish line or Port Elizabeth International Airport. But it’s not just families who get to have all the fun in the Eastern Cape – the area’s parks and reserves also have a handful of secluded, luxurious lodges that are among our favourites for a romantic South Africa safari. 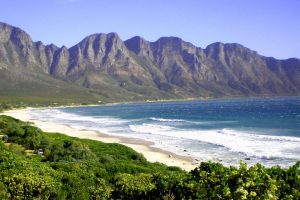