Thousands of food parcels donated by SPAR to Operation Hunger

A partnership between SPAR Gauteng and Operation Hunger has seen 3000 food parcels being handed out to families throughout the province. 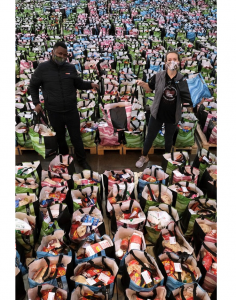 During times of crisis, it is vital to recognise our shared humanity and show compassion. Thanks to a partnership between SPAR Inland and Operation Hunger’s #FeedaFamily Campaign, 3000 less fortunate families in Gauteng received much-needed food parcels.

The donation aims to fight the increase in food insecurity and malnutrition brought on by the COVID-19 virus.

A group of volunteers and SPAR employees packaged the food parcels and upon distribution, provided beneficiaries with community-based educational training on COVID-19.\ 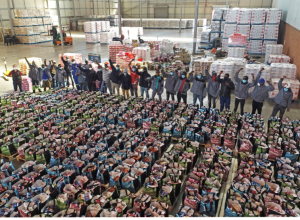 Sandy Bukula, Interim CEO of Operation Hunger, said the contribution of food products had bolstered ongoing efforts to improve access to food for all throughout the pandemic.

“Informed by our 45 years of feeding the country in times of crisis, our #Feedafamily campaign aims to feed no less than 10 000 families. Our efficiency model that is implemented by our experienced team, has ensured that the SPAR food donation takes only 7 days to feed 3 000 families in and around Gauteng,“ explains Bukula.

Recent reports indicate a staggering 100% increase in the number of people who require immediate support from Operation Hunger. Amongst them are families who do not qualify for government grants or incentives and are currently unemployed. They account for commission-based earners, temporary employees and those who earned minimum wage. 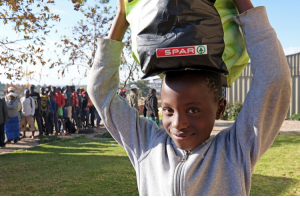 Brett Botten, Managing Director of SPAR South Rand Distribution Centre, said, “the aim of the donation is to inspire people to be and do more.”

“It’s during times like these that we really need to be work together and support each other. We are a community-based business and we trust that our small gesture will make a difference in the lives of those affected.”

Nonelela Xaba – Butjie, HR Executive for SPAR South Rand Distribution Centre said they hope the food parcel donations will bring relief to those who are struggling financially as well as emotionally.

“It is important for us to reach out and communicate a message of support to them. Therefore, in each hamper, employees of SPAR South Rand have placed a personal note which is a message of encouragement, just to say better days are coming.” 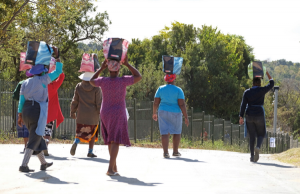 Since its establishment in 1980, Operation Hunger has reached more than 2.4 million beneficiaries and is ramping up it’s fundraising efforts to help the vulnerable during the COVID-19 epidemic. The Operation Hunger #Feedafamily campaign enables anyone to donate from R200 up on their website (www.operationhunger.org.za) towards food parcels and sanitising packs for a vulnerable family.

News: From the Desk of the President

Government News: From the Desk of the President