After the first few reports about a possible snow flurry hitting South Africa broke last week, the latest forecast and weather models are still predicting that the white stuff will arrive in the country before the weekend. On Friday evening, the majority of the flakes are set to fall – with both the Eastern Cape and KZN on track for a dusting.

⚠️First cold spell of the season expected this week into the weekend over southern, central and Eastern South Africa. Widespread showers expected over the Eastern Cape and KZN from tomorrow (29 April) into Friday. Light snowfall possible in the Drakensberg regions of EC and KZN. pic.twitter.com/EUKgx8QZFf

It’s looking less likely that the extreme weather will reach Free State. Although the thermometers will be plummeting in rural parts of the province, the snow seems to be retreating from its borders. Lesotho, as one would imagine, is set to receive the lion’s share of the snowfall – with AfriSki and Sani Pass bracing for something more like a blizzard. 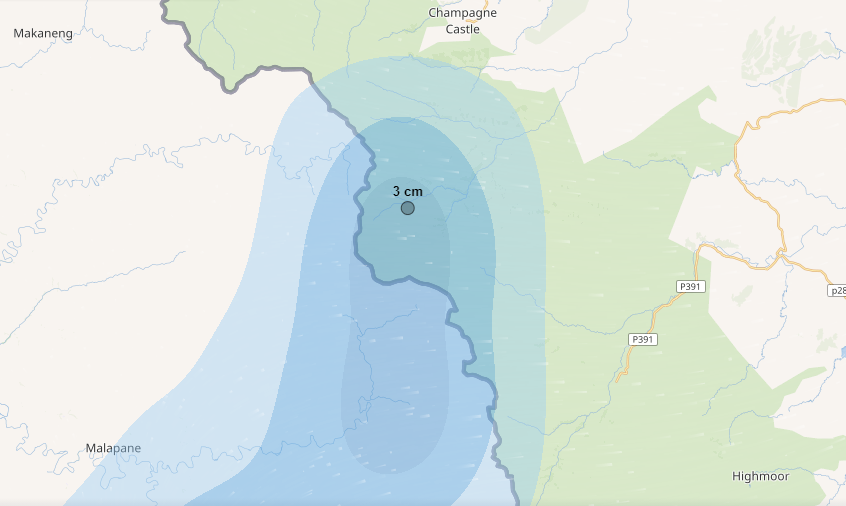 WHERE WILL THE FLAKES FALL ON FRIDAY?

In KZN, locations such as Highmoor, Champagne Caste, and the peaks of the Drakensberg Mountain Range will encounter brief flurries. In the Eastern Cape, residents of Tiffindell, Maclear, and possibly Rhodes will wake up to a light covering of snow on Saturday morning. No other locations or provinces in SA will experience snowfall this weekend.

The first snow of the year has already fallen in Lesotho – along the Sani Pass – on 28 March 2021. One resident in the area said “everything is definitely getting cooler, the light here has completely changed as well”. It seems winter has arrived in earnest, and with Lesotho’s borders now reopened, AfriSki has warned travellers about the upcoming storm.

“NEWS UPDATE: Please note that possible heavy snowfall is predicted to start falling from tomorrow evening, 29 April, at Afriski, which is likely to affect road conditions.”

Debt write-offs for Joburg ratepayers: Here’s who will qualify