A leopard roaming the streets and backyards of homes in Klipgat, north of Pretoria, on Wednesday has been darted and recaptured after causing a frenzy among local community members, News24 reported.

According to Dewald Wahlstrand, general manager of the SPCA in Waltloo, the leopard escaped from a nearby game reserve through a hole in the fence that was presumably cut by poachers.

“Unfortunately, the leopard found the hole and managed to get out,” Wahlstrand told News24 on Friday.

Another video shows the leopard sitting behind a carpet draped over a fence before strolling off, piquing the interest of a dog who follows it as a police officer comes into the picture, seemingly uncertain of what to do. 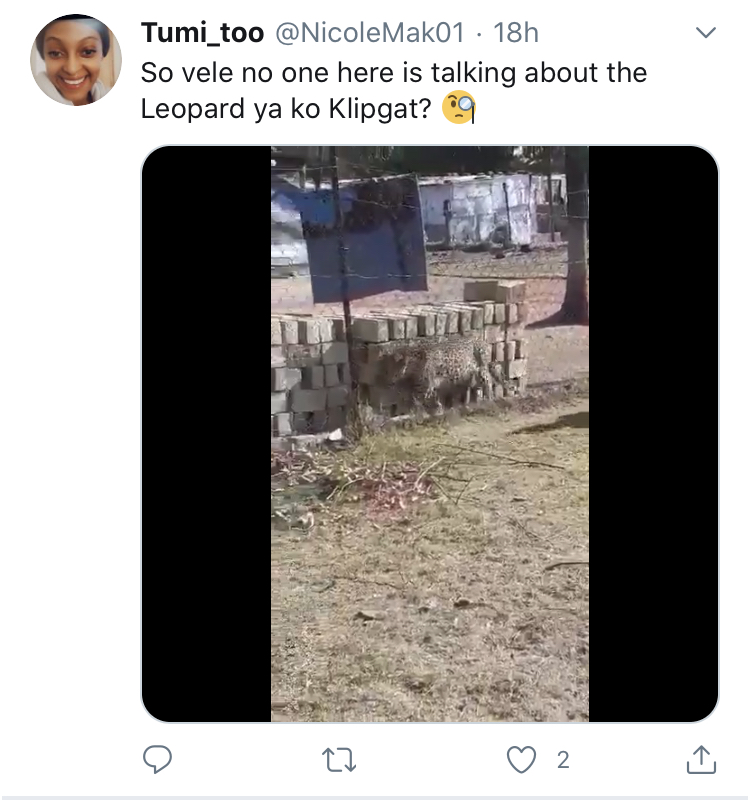 “The SPCA then arranged for a veterinarian to dart the leopard. It will first be examined for any injuries and then reintroduced to the game reserve.”

Wahlstrand said this was an isolated incident and was “definitely not” a regular occurrence.

COVID-19: Production halted at 7de Laan Rhythm City and Scandal due to Covid-19

This ‘new hijacking method’ is causing concern across SA

‘One of the worst days ever’: Gauteng’s COVID data spirals out of control