Written by Lize Geldenhuis on February 3, 2021. Posted in Crime. Leave a Comment

Two of the people shot in Vanderbijlpark have died, Gauteng police confirmed on Wednesday afternoon.

According to preliminary information, a gunman allegedly shot and wounded several people just after 7pm at a fast food outlet at Frikkie Meyer Boulevard in Vanderbijlpark, south of Johannesburg, on Tuesday.  It is reported that the man allegedly hit a white double cab which capsized, injuring one man.

He then got out of his BMW x5 and shot at the injured man.  He further shot at a father (Johan Hebler) and his son (Nathan) while they were approaching the restaurant to get takeaways.  Johan was shot in the stomach and is reportedly in a stable condition in hospital.  Nathan was shot 3 times and was taken to hospital in critical condition.

The gunamn later turned the gun on himself at a petrol station.

A 52-year-old man was shot in the abdomen and a third man believed to be in his 50s was run over by the gunman and sustained moderate injuries.

Around 30 minutes later, in Siemens Street, about 5km from the fast food outlet scene, the gunman allegedly shot a man, believed to be in his 60s, in the head, Herbst said. 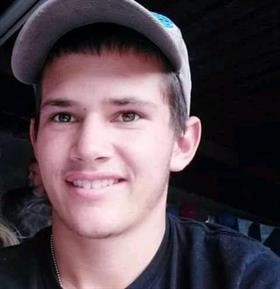 Makhubele said a second man, whose age is yet to be determined, had also died in hospital on Wednesday.

Makhubele said police are still trying to establish the identity of the gunman.

Motorist turns gun on himself after shooting several people

Written by Lize Geldenhuis on February 3, 2021. Posted in Crime. Leave a Comment

An unidentified man turned the gun on himself at a petrol station in Sharpeville after shooting several people in Vanderbijlpark yesterday, Gauteng police confirmed today.  CCTV footage from the petrol station shows the man driving a BMW X5 which had visible crash damage in the front.

The man gets out of the car with a firearm pointed to his head, before he shoots himself dead, as people look on.  The circumstances around his death are being investigated by the police who have opened an inquest docket.  Police confirmed that the man had allegedly shot several people in the Vanderbijlpark area.

“I can confirm that yesterday, at about 7pm, a man driving a X5 BMW allegedly shot several people in Vanderbijlpark and was later found (deceased) at a Sharpeville filling station. It is also alleged that he shot himself. The motive of the shooting is unknown.

“Police are currently trying to establish who this person is and all the injured victims were taken to hospital,” said Makhubele.

Social media users said the man had killed five people, but police said there was no truth to the allegations.

The wounded were being treated in hospital, Makhubele said.

Written by Lize Geldenhuis on October 22, 2020. Posted in Crime, Education.

The Gauteng Department of Education on Thursday said that a number of educators at the Vaal High School in Vanderbijlpark were under investigation for allegations of sexual misconduct.  Panyaza Lesufi, Gauteng Education MEC, appointed a law firm to investigate the allegations against the teachers and principal at the school, department spokesperson Steve Mabona stated.

The investigations into sexual misconduct follows allegations made on social media recently.  “Subsequently, Lesufi visited the school on 01 October and interacted with the school management and some stakeholders; as a result he needed to be provided with a report from the district on how to proceed with the matter.  We can confirm that after receiving the report, he decided that a law firm be appointed.”

I’ve noted with concern the allegations leveled against some educators at #VaalHigh and on Thursday, 01st October I will be visiting the school #VaalHighMustFall @Steve_Mabona @educationgp

Do you know what is more sickening??