This afternoon we got an Alert of a suspicious vehicle that entered the area that is potentially involved in theft of motor vehicles in numerous areas.

Multiple units comprising of Fox Security Reaction and Tactical unit, Glenvista CPF members and Mondeor SAPS Crime Prevention units were placed on high alert. The vehicle was spotted scouting vehicles at the shoppong centres. SAPS was notified of the vehicles location. The suspects noticed the members monitoring them and tried to flee.

A high speed chase ensued where the vehicle lost control in Walsingham street. 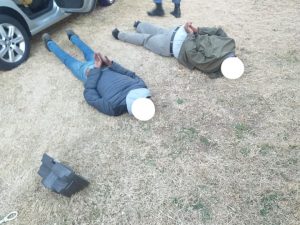 All 3 suspects were arrested on scene.
False numberplates, a Jammer device, vehicle computer Boxes and keys, vehicle breaking impliments were all found in the vehicle.

Well done to all units for the swift reaction and getting these Criminals out of the area.. 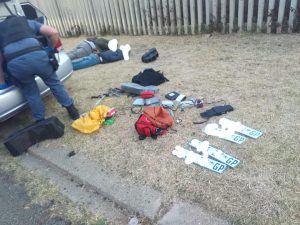 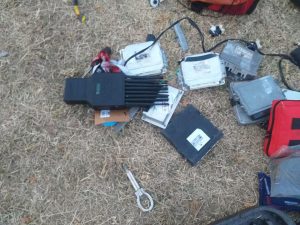 Together taking back the streets of the South.

Written by Lize Geldenhuis on June 25, 2020. Posted in Municipal.

According to Fin24, on Wednesday, the North Gauteng High Court declared Myeni a delinquent director for life.

In a joined statement OUTA and SAAPA said that they made the decision to pursue this case three years ago and were determined to see it through.

Chair Person SAAPA, Captain Grant Back says it is important for internal organisations to take a stand against their directors when it is necessary to do so, as was the case with Myeni during her tenure as the chair.

According to Fin24, it was estimated that the Emirates deal could bring about R1.5 billion a year for SAA and it would have enabled SAA to cancel its loss-making route to Abu Dhabi.

Testimony was led on how Myeni insisted on attending operational meetings, a highly unusual practise for a non-executive chair. SAA executives testified that, at one point she even said former President Jacob Zuma instructed her not to sign the deal.

Even though the Airbus swap was approved by Treasury, Myeni started dealing directly with Airbus and wanted to appoint a “transaction advisor” and use a certain local leasing company and financiers.

In court she could not explain why her actions were not grossly negligent.

It is believed that Estate Agent Tony Hilliar and Alida Fouche’s deaths were caused by drinking home-made beer.

Police spokesperson Brig Mohale Ramatseba said that Alida Fouche was found deceased in their flat in Port Nolloth,  and Tony Hilliar who was found seriously ill,

died in ICU in a local hospital several days later.

Police said it was suspected that Hilliar and his fiancé died after consuming home-made beer. Two empty bottles of the home-made brew

have been sent for forensic testing. The rest of the batch, which had not been consumed, was also seized and taken away for laboratory testing.

Close friend, Tommy Cockcroft told sapeople, “They both liked a drink at the end of each day which is typically South African, but thanks to this

poorly thought out government ban, there is no alcohol.

Everyone is making their own beer so Tony did as well but it seems something went terribly wrong with the brew and that they both collapsed and died very senseless deaths.

This alcohol ban is just beyond total belief and there is no sense whatsoever in it and the sooner people are treated like grown-ups the better.” He said.

The government has explained that the ban on alcohol has freed up beds in hospitals which would usually be used by victims of alcohol abuse.

the utensils they are using, which could lead to contamination by bacteria. 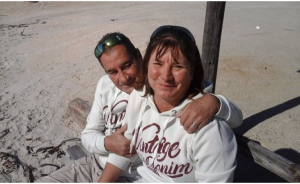 Even though the bacteria might not kill you, they can spoil the product or make it unfit for human consumption. If you look at our African cultures,

there are people who have been making home brews for years. Things are out of control during the lockdown.

There are now many people wanting to produce their own homemade beverages.”  Nxusani-Mawela added that many people did not know the correct way.

South Africa, Panama and Sri Lanka were the only three countries in the world where all forms of alcohol sales are strictly prohibited by law.