CPS received information from a member of the public that an unknown male and female were stabbed after two men attempted to rob them of their belongings. Both suspects were dressed as construction workers and ran towards a construction site behind Mall at Newmarket

CPS Tactical team began to track the suspects from their last known location and resulted in 1 suspect being apprehended. Alberton SAPS was contacted and a case has been opened.

How can you help someone who’s been stabbed?

Although a stab wound usually causes a small opening in the skin it may go very deep, causing serious damage to the body. You need to give first aid quickly if someone’s been stabbed as their lives could be at risk.

If you find yourself in a situation where someone has been stabbed you need to try and stay calm.

Taking a couple of slow, deep breaths and then follow these simple steps. You could save someone’s life:

Why is it bad to take a knife out after someone gets stabbed?

When you put a knife in someone it damages them but the knife is also like a plug, helping to seal any blood vessels that have been severed. By pulling it out you unplug these vessels and worsen the bleeding.

What should I do if they go into shock?

When someone is stabbed they can go into shock if they lose a lot of blood either internally or externally. This is a potentially life-threatening condition as it means vital organs like the brain and heart are not getting enough oxygenated blood.

What are the signs of shock?

Signs of shock include:

How much blood do you have to lose before you die?

The average adult has 4-6 litres of blood (we have about half a litre of blood per 7kg). Once you have lost one third of your blood, blood pressure falls quickly and the brain is starved of oxygen and death will follow if immediate action is not taken.
Children have less blood than an adult and losing less than a litre of blood can be life-threatening for a baby.

Can you survive a stab wound?

Yes, many people will survive a stab wound if they are given medical treatment quickly.

Crime News: A Facebook post leads to the arrest of a suspect 6 years after Christine Robinson’s murder

On the sixth anniversary of the brutal rape and murder of British national Christine Robinson in Limpopo, a Facebook post appealing for public assistance to find her suspected killer, led to his arrest.

Robinson, 59, a retired teacher who owned a game lodge, was allegedly attacked by her gardener and general worker Andrew Ndlovu, on July 30, 2014.

According to the Facebook post, Ndlovu had returned to South Africa several times after he fled to Zimbabwe following the attack.

Cameron, who visited the scene a few days after the murder and usually speaks to Sergison around the anniversary of her aunt’s death, said this year, on July 30, he called her in London and asked for any recent information and pictures she had on the case.

Wanting to get more clarity on the case and to apply some pressure for the crime to be resolved, Cameron posted the information on Facebook.

“Interpol did not do much. The South African Police Services on the ground at the time of the investigation were fantastic, but after that the case just died. The British government also seemed not to have done much,” said Cameron.

Six hours after the pictures were posted, Cameron received a tip-off.

“A few hours later someone contacted me and said ‘please call me, I know where this man is’. I then followed up the lead and true as Bob it was him, and we then arrested him.”

Cameron said Ndlovu was transported to Thabazimbi, Limpopo, the next day, where he appeared in court.

“I am glad that we have been able to assist Christine’s family to have some form of closure. The law must now take its course for justice to finally be served.”

Cameron believes that while the case is still ongoing, the family now feel that some form of justice was starting to be served.

“You can imagine waiting, day after day, year after year, and not getting any form of positive feedback, and the impact that might have on you,” he said.

Sergison said she never thought the day of the alleged killer’s arrest would come.

“All the emotions came back like the day I found out Christine was murdered. I’m still apprehensive, there is still a long way to go.”

She said after her aunt died, she read a quote by Lois McMaster Bujold: “The dead cannot cry out for justice; it is a duty of the living to do so for them,” which motivated her to seek justice.

“I believe in this and felt I had to do everything I could to try to get justice,” she said.

Sergison said she loved Robinson dearly and described her aunt as a kind, humble and genuine woman who always saw the good in people.

“She was an adventurer but also a widow of 59. She was loved by many people all over the world. Teaching was in her DNA. Yet someone abused her dignity, attacked her and stole her future.

“There will never be closure, his arrest will not erase what has happened or bring back Christine and, if he is guilty, he should pay for his crime.

“His future lies with the judiciary. I cannot influence the outcome, I can only hope that justice prevails,” said Sergison.

Her advice to others who are still seeking justice is: “Never give up hope, people always let their guard down. Always fight, we have an obligation as per Bujold’s quote.”

She thanked Cameron, among others, for all he had done and would “forever be indebted to him”.

She described the person who alerted them to Ndlovu’s whereabouts as brave and a great credit to SA.

Limpopo National Prosecuting Authority spokesperson Mashudu Malabi-Dzhangi confirmed that Ndlovu had been arrested in Brixton, Johannesburg, on suspicion of murder.

Malabi-Dzhangi said Ndlovu made his first court appearance on July 30 and was scheduled to appear last Thursday for a bail hearing. “Through his defence (Legal Aid), the accused abandoned bail,” she said.

The case was adjourned to October for further investigation and Ndlovu was remanded in custody.

They dispatched their dedicated South Crest vehicle to investigate and the response officer spotted the two suspects.

In the possession of the detained suspect, SOG found a pickaxe head used to lift gates or break the security gates. 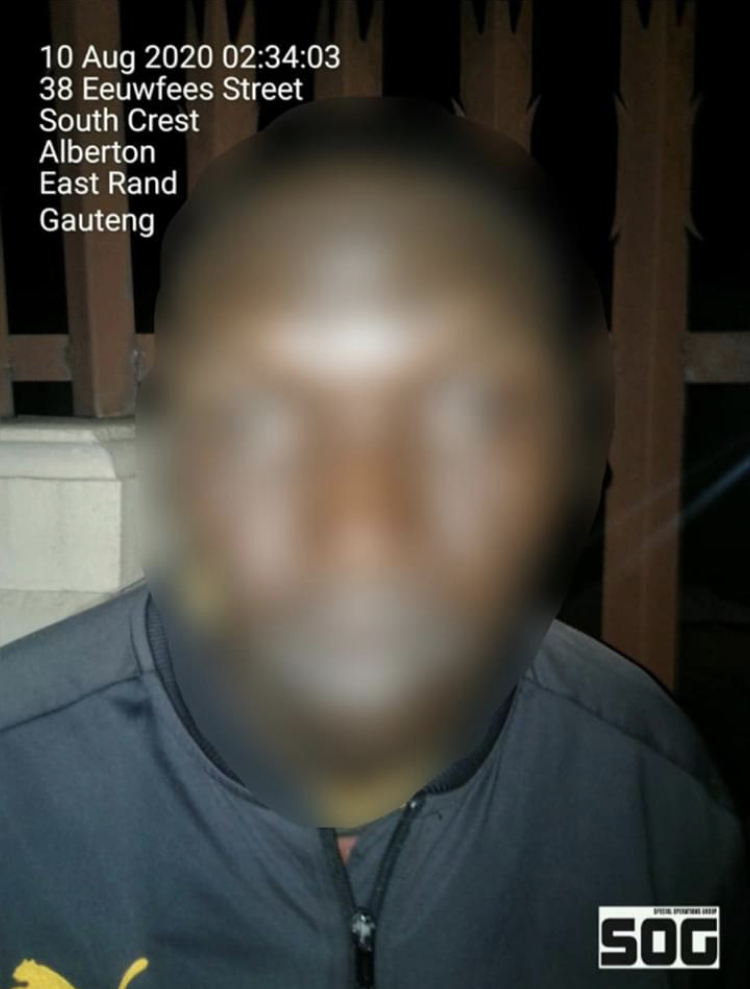 The suspect was placed under arrest and then admitted to being in the area to steal gate motors.

According to SOG, South Crest has been plagued by theft of gate motors and outside beams over the last months, with three stolen this past Friday night.