Ekurhuleni Detectives from every police station around Ekurhuleni were tracing on wanted suspects and working on the outstanding suspects according to their dockets in hand. The Operation Okae Molao with the Detectives under the leadership of Colonel Sefoloshe arrested 312 suspects around the different Ekurhuleni Policing areas. 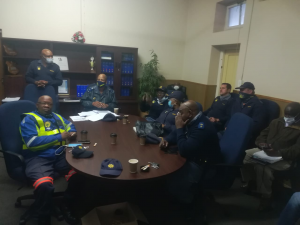 Suspects arrested amongst others for the following crimes: Crime under Gender Based Violence such as assault with the intention to inflict bodily harm, assault common, child abuse, child neglect, and Domestic Violence, for robbery and armed robbery, for housebreaking and theft, for fraud, for kidnapping, for murder and attempted murder, for theft which includes theft out and from a motor vehicle, where a warrant of arrest issued for the suspects to be arrested, for pointing with a firearm, escape from lawful custody, for possession of drugs included dagga, and for being in possession of hijacked motor vehicle, amongst the arrested suspects eight are children while twenty are females. 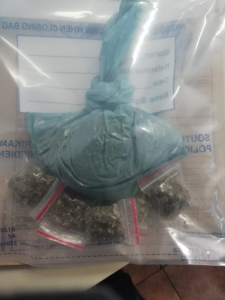 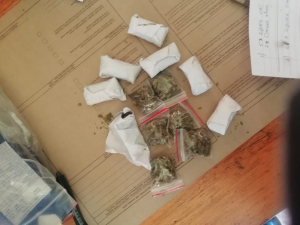 Acting District Commander Brig Themba Denge was highly impressed by the arrest. You can run but you cannot hide. He also thanked the community for working together with the police for giving information about the suspects where they’re hiding. Working together we can make Ekurhuleni a safer place to be.

Amongst the above-arrested suspects, twenty were arrested today during the day by the joined Law Enforcement Agencies EMPD, Gauteng Traffic Police, Home Affairs, CPF board and other police unit joined the Operation Okae Molao in Alberton.

Every Police Station around Ekurhuleni sends police members to Alberton. Alberton City and the Policing area of Alberton were coloured with brown and blue by the Law enforcement agencies. Roadblock, stop and search, compliance of Disaster management act of Covid-19 pandemic on the adjustment level1 of lockdown, second hands goods, liquor outlet and drugs.

Recoveries during Detectives Operation and Okae Molao are Mercedes Benz parts, Toyota Fortuner parts, three vehicles such as a suspected stolen blue Chevrolet Spark, white Datsun Go which was reported stolen at Daveyton, and Audi Q7 which was hijacked at Booysens and more than eighty zip lock backs were seized.

All arrested suspects are expected to appear in the different magistrate courts around Ekurhuleni according to their charges.