Written by Lize Geldenhuis on September 7, 2020. Posted in Alberton News.

Clicks at the Lemon Tree Mall was destroyed and set alight this morning.

According to Ekurhuleni emergency spokesperson Eric Maloka the employees of Clicks saw the EFF approaching the mall and they managed to close all the doors before they could enter.

“But they broke the glass door with hammers and vandalised the shelves. They also then started a fire inside the store,” Maloka said.

The 12 Clicks staff members who were inside the store managed to escape through the back entrance.

Fox Security, Fox Medical Response team, SAPS and the Ekurhuleni fire department was on the scene. 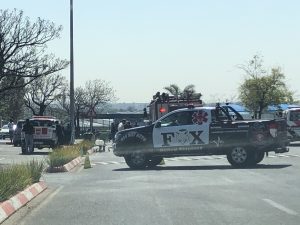 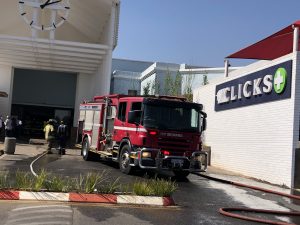 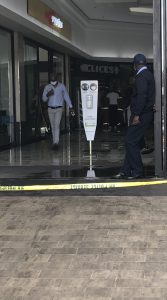 The Lemon Tree Mall was closed for the rest of the day.