Written by Renate on 2 months ago. Posted in Alberton News, Crime, Local News.

This morning Fox Security control room received a panic signal from a client in Douglas Harris street, reaction and tactical units responded swiftly. En route to the address their control room was informed by the client that there are two suspects busy breaking into the house.

The suspects fled the scene when reaction units arrived. The suspects jumped over several walls trying to flee. A search was conducted of the area and the suspects were found hiding in a property with the stolen goods. Tactical members apprehended the suspects and found housebreaking implements and two pocket knives on them. 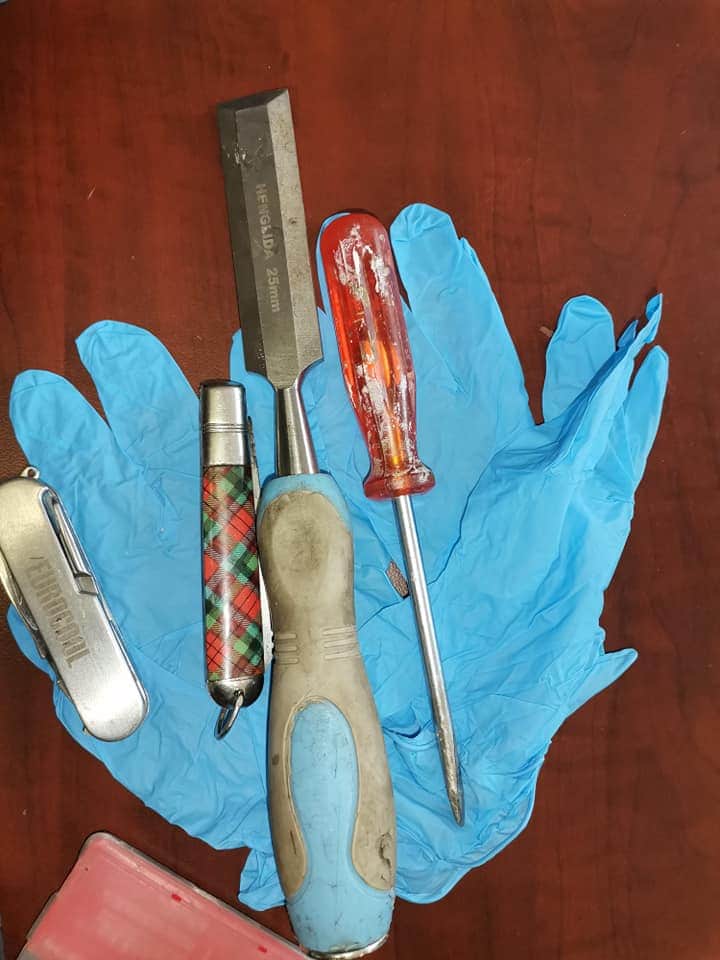 The suspects were handed over to Brackendowns SAPS.