Covid-19: The WHO released specific mask guidance for kids

Written by Renate on 4 weeks ago. Posted in Covid-19.

The World Health Organisation released a guidance on whether children should wear masks.

It’s been a point of confusion for parents amid the coronavirus pandemic.

An international and multidisciplinary expert group brought together by WHO reviewed evidence on COVID-19 disease and transmission in children and the limited available evidence on the use of masks by children.

Based on this and other factors such as childrens’ psychosocial needs and developmental milestones, WHO and UNICEF advise the following:

Children aged 5 years and under should not be required to wear masks. This is based on the safety and overall interest of the child and the capacity to appropriately use a mask with minimal assistance.

WHO and UNICEF advise that the decision to use masks for children aged 6-11 should be based on the following factors:

WHO and UNICEF advise that children aged 12 and over should wear a mask under the same conditions as adults, in particular when they cannot guarantee at least a 1-metre distance from others and there is widespread transmission in the area.

Written by Renate on 2 months ago. Posted in National News.

If you see a [taxi] driver not wearing a mask during a trip, report him,” warns Themba Kubheka, secretary of the Greater North Taxi Association in Durban.

This follows dozens of complaints from commuters about taxi drivers who defy regulations to slow the spread of Covid-19 by not wearing masks or wearing it incorrectly during trips.

“Some taxi drivers are not wearing their masks, some wear it on their chin and that is not acceptable … We will be running a campaign to teach them about the importance of safety especially during the pandemic,” said Kubheka.

“Most of our drivers were ignorant to the fact that this is serious, but now they are starting to see the seriousness of the situation. We are pleading with them to always wear their masks, sanitise and wash their hands before and after every trip,” said Kubheka.

SA National Taxi Council (SANTACO)’s Sfiso Shangase said, “In areas where Operation Hlokomela is active, we have asked that they fine any driver or driver assistant found without a mask on a trip. We have also put up stickers in taxis encouraging both our drivers and commuters to wear masks. If drivers don’t wear masks, how do they expect passengers to wear theirs?” 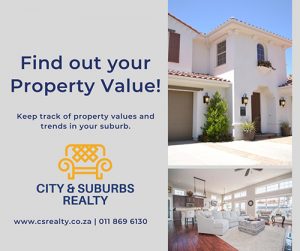 Commuter Mndeni Mkhize, from Ntuzuma, said drivers who do not wear face masks are endangering their lives and those of their passengers. “They are most at risk as they transport a lot of people from different professions everyday. It is their responsibility to make sure that everyone wears a mask when entering the taxi.”

Zwangabo Mjoka said taxi drivers in Malukazi, south of Durban, are leading by example. He said most of them wear masks during trips par “a few bad apples” that need to be reported for breaking lockdown regulations.

“Some people say that they are discouraged or don’t see the need to wear masks during trips just because drivers don’t wear theirs. This is wrong; we must work together on this. We are also collecting money to buy thermometers so that drivers can be screened before a trip,” said Sangweni.

Written by Renate on 2 months ago. Posted in News.

The government is considering taking action against store managers, public transport drivers and other compliance officers who fail to enforce the wearing of face masks, TimesLive reported.

On Monday, justice minister Ronald Lamola said the government has been reluctant to criminalise those who have not been compliant with the regulations on the wearing of face masks and has been left with no choice but to hold lawbreakers accountable.

Who will be held liable?

According to Lamola, owners of the premises, vehicles and other compliance officers in public spaces will be held liable for breaking the law if people are found in their facilities not wearing masks.

He said the duty was on those in charge to ensure that no-one enters without a mask.

“The obligation and duty have been put on store managers, owners, building owners and those responsible for various places were members of the public can congregate or find themselves in,” said Lamola.

No crime for individuals but this could change in the future.

While wearing a mask in a public place is mandatory, it’s not yet a criminal offence for individuals if they don’t.

However, Lamola said this could change in the future if there isn’t any improvement in the behaviour of individuals.

“There have been instances where people have been irresponsible, they have not worn a mask when in public places including when entering shops or in taxis and various platforms,” Lamola said.

“It has made the lives of members of the public difficult, including law enforcement officers’ lives very difficult, if people are not wearing a mask in a particular place.”

Lamola said not wearing a face mask was a criminal offence and the government is currently dealing with some aspects of this development but there would be no difference between a fine and imprisonment as punishment.

What the law says

In the latest gazette that was published Sunday, drivers of any form of public transport, building managers and store owners will face six months and/or fines if they allow people without masks on their premises.

Employers, school principals as well as managers or owners of early childhood development centres will also face the same penalties if they don’t enforce mask-wearing.

The regulations are open for comment and these can be sent to comments@hsrc.ac.za, Lamola said.

Written by Renate on 3 months ago. Posted in Inspirational, News.

As face masks have become part of the new normal, deaf and hearing-impaired people are finding it difficult to communicate. Those who are hard of hearing often rely on lip-reading, body language and facial expression, which is difficult when people are wearing masks.

Thirty-three-year-old Nishen Manowar says the past few months have been very difficult for him. Manowar, who was born hearing-impaired, relies on lip-reading especially when he is in public as not many people can use sign language.

Now he uses the clear plastic mask sold by the KwaZulu-Natal Deaf and Blind Society to raise funds for their many programmes, and he says he finds communication much easier.

President of the KZN Blind and Deaf Society Veetha Sewkuran says the idea came about when the country moved to Level 4 of the Covid-19 lockdown.

“We found that most clients found it difficult to communicate with masks on. We used face shields at first but we also needed to use masks, so after reading an article on BBC about the plastic masks, I thought it was something that we could do for our clients as well,” she says.

Sewkuran says for a hearing-impaired person wearing a mask could be a source of anxiety, stress and confusion.

“Normal masks prevent them from understanding anything at all. These transparent masks allow the deaf and the hearing-impaired to lip read,” Sewkuran says.

The masks have two small holes at the bottom allowing a bit of air to come in and out so that they do not mist up. They are easy to clean.

“Normal masks hide emotions. For the deaf, many people look so angry behind a mask. I have to look at a person’s eyes to guess their expressions,” says Sewkuran. “The masks provide a bit of human contact as well. You can see people smiling and I can even put on lipstick.”

The masks sell for R20 and the funds go to the Society’s projects.

“With these masks we are also hoping to make some money to sustain us. Most of the staff are paid by government but we had to lay off 17 staff members that were being maintained by the society, since there is nothing coming in at the moment. We are appealing to the public to please support us and purchase these masks.”