Police Minister Bheki Cele has warned of rising crime in the country when he presented crime statistics in Parliament on Friday which showed an increase in murders and rape of women and children.

Cele was presenting the annual statistics for the 2019/20 financial year.

In his presentation head of the crime register Lt-Gen. Sekhukhune told MPs that the murder rate has gone up in the last financial year to 21 325.

This was an increase of 873 more sexual offences than in the previous financial year and this was a 1.7% increase.

A terrified teenager has had to turn to the high court to force Facebook to reveal the identity of an anonymous poster who threatened her with rape, gang rape and murder, TimesLive reported.

In the matter, which will be argued in the Johannesburg high court on Tuesday, the 13-year-old pupil’s lawyers say Facebook Inc (which owns the Instagram platform) had played a callous game of cat and mouse with her.

“The game itself is odious because the applicant is not a ‘cat’ and Facebook is certainly not a ‘mouse’.

“It is one of the largest, richest and most powerful corporations in the world. The applicant, on the other hand, is a 13-year-old girl who simply wants to protect herself from the most horrific harm imaginable.

“She ought never to have had to face the hurdles that Facebook’s impenetrable fortress put in her way.”

The graphic messages were posted on her Instagram platform over five days in May this year.

Since then, the teenager says in her court papers, she has been too scared to return to school, she is too afraid to be left alone at home and struggles to eat or sleep.

She believes that the poster – who opened and closed Instagram accounts over five days  using different names with the variation of the word “killer” – is someone who knows her because he, or she, made reference to pupils in her class.

Her parents engaged the help of social media lawyer Emma Sadleir in an attempt to persuade the police to take action and to enlist the co-operation of Facebook.

But it came to nothing. They were told that a subpoena could take six months to process.

They then attempted to engage with Facebook directly, with no response. Local lawyers, who acted for the company in the past, refused to accept service of any legal documents.

No-one would give them an e-mail address of their legal department.

Faced with this “impenetrable fortress”, they approached the high court at the end of June, securing an order for “substituted service” and had to hire a lawyer in the US to drive to Sacramento, California, to serve the papers by hand.

Initially, Facebook Inc said it would oppose her application for the release of the subscriber’s details. But it then changed tack, saying it would abide by the decision of the court.

In written argument, the teenager’s lawyers say she is a victim of crime and without the information she seeks, she faces a real prospect of further harm and physical violence.

Instead of treating her with the respect she deserves, she had been forced to jump through expensive, and traumatic, hoops.

The brother of the late Springbok player Joost van der Westhuizen is reported to have been involved in a shooting in a church in Centurion on Sunday when armed men attacked the congregation.

Netwerk24 reported that three armed men walked into the church and a put a gun to the head of the pastor, Kobus Erasmus, at Querencia ministries in Centurion, Tshwane

Van der Westhuizen, an ex-policeman, allegedly produced his own firearm and shots were fired.

Van der Westhuizen’s lawyer, Ulrich Roux, told Netwerk24 he had already been in contact with the police.

“My client was absolutely acting in self defence, not only for himself, but also for the other congregants and the pastor,” Roux was quoted as saying by the Afrikaans news website.

Police spokesperson Brig Mathapelo Peters said reports from the scene suggest that the three suspects stormed into the church during a service and robbed congregants of their personal belongings at gunpoint.

One of the congregants allegedly fired shots, fatally wounding two suspects while the third one ran outside and sped off.

She said the pastor sustained minor injuries and was treated on site.

Police members at the scene recovered one firearm, TimesLive reported.

The 12-year-old girl forgot her mask at home and when she ran from school to fetch it was raped, allegedly by a 17-year-old.

Basic Education Minister Angie Motshekga has demanded severe punishment for the teen who raped a 12-year-old girl in Bulwer, KwaZulu-Natal.

Reacting to the news, the minister said the rape was a heinous crime committed against a defenceless and innocent child. She called for an end to gender-based violence.

“This rape of a learner once again shines the light on the scourge of gender-based violence ripping our communities apart,” she said in a statement on Wednesday.

According to police, the Grade 7 pupil was raped by a 17-year-old in Mahohoho in Donnybrook on Monday.

The minister commended Donnybrook police for the arrest.

On Tuesday, the education department said that the Grade 7 pupil, who attends Mnyamana Primary School in Bulwer, in the Harry Gwala district, arrived at school without her face mask and was refused entry at the screening point. She ran home to fetch her mask and when she arrived back at the school, she reported that she had been raped.

The 17-year-old is expected to appear in the Ixopo Magistrate’s Court soon.

“The department will continue to ensure that the learner, who is a minor, receives the necessary psycho-social support from the District Auxiliary Support Services and her identity is protected as she comes to terms with the painful and regrettable ordeal,” said Motshekga.

A motorist has been shot and killed in mysterious circumstances after his car broke down near the notorious Putfontein off-ramp on the N12, near Benoni, Gauteng.

The man, believed to be in his 50s, had called someone to assist him when unknown assailants attacked and killed him.

Police spokesperson Captain Kay Makhubele confirmed the incident to News24, saying the man was found murdered near his Toyota Corolla at around 18:00 on Wednesday.

According to Makhubele, the man was shot several times. Both doors on the left side of the car, as well as the bonnet, were open.

The motive for the attack is unknown and no arrests have been made.

This morning a suspicious vehicle was picked up in the Glenvista area. The vehicle was followed by Glenvista Cpf members when they called for backup.

Fox Tactical units responded to assist where the vehicle parked in the parking area of Union Hospital. The vehicle Registration number and Vin number was checked and came back as wanted as a stolen vehicle. The vehicle was stolen in Kempton park area earlier this month. 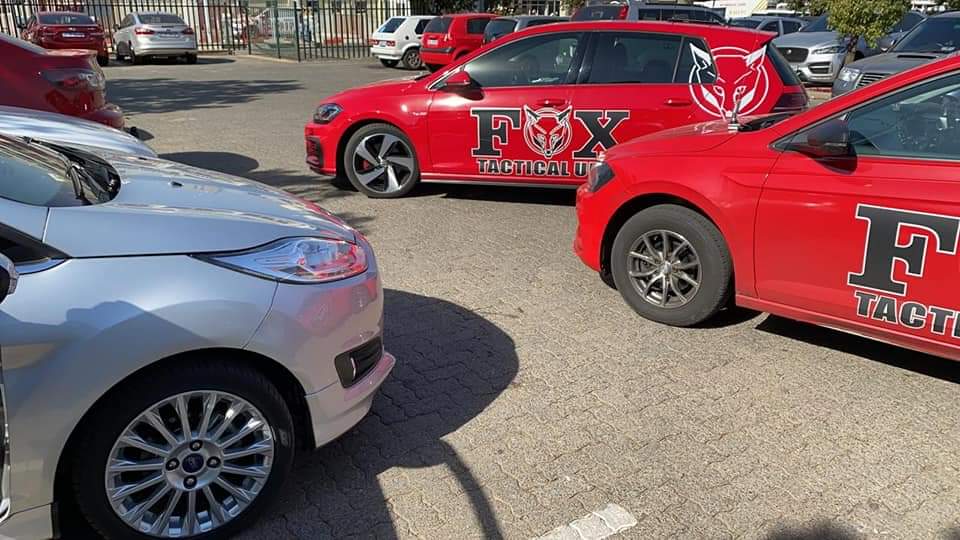 The suspect was detained on scene and the vehicle was searched. Car Breaking impliments and a remote jammer was found in the vehicle..

Well done to all members involved.

Making a difference in the community.