Another crash claimed the lives of two motorists on the N3 outside Heidelberg. A man and a woman were killed last night, 11 April 2021, and another injured in a collision between two trucks, a bakkie, and a light motor vehicle on the N3 in Heidelburg.

ER24 paramedics and other emergency services arrived on the scene to find a large truck on its side blocking one side of the highway. A wrecked light motor vehicle was found on the side of the road while the two other vehicles were found a short distance away.
Medics quickly assessed the patients and found that a woman in the car and a man in the bakkie had sustained fatal injuries. Nothing could be done to resuscitate the patients and they were declared dead.
The driver of the one track was assessed and found to have sustained minor injuries. The man was treated and transported to a nearby hospital for further care. The driver of the second truck was not found on the scene and local authorities are looking for information that could help them locate the driver.

Written by Lize Geldenhuis on April 12, 2021. Posted in National News. Leave a Comment

A horror crash on the R82 outside Viljoensdrif in the Free State claimed the lives of a mother and her two children.  The cause and circumstances around the accident is not yet clear and will be the subject of an ongoing investigation.

ER24 Paramedics arrived on the scene at 21:30 and found the wreckage of two light motor vehicles – one still on the road and the other in the field adjacent to the road.  Paramedics removed the bodies of a woman and a little girl of around 3 years of age from the wreckage.  The body of a boy (estimated around 7 years old) was found on the road outside the vehicle.  The family was declared dead on the scene.

A passenger from the other vehicle involved in the crash was treated on scene by provincial paramedics and transported to a nearby hospital for further medical care.

Written by Lize Geldenhuis on January 21, 2021. Posted in Main Story. Leave a Comment

A Netcare helicopter crashed this afternoon between Ladysmith and Colenso in the KwaZulu-Natal midlands.  The pilot and four health workers died in the tragic accident.  Managing Director of Netcare 911 confirmed the accident in a statement.

“We are shocked beyond words at the tragic loss of these health-care heroes. The details surrounding the crash are not yet clear. We will, however, issue a further statement once more information becomes available and the next of kin of those aboard have been notified,” said Grindell.

“We are profoundly saddened, and our deepest sympathies are with the families and loved ones of our colleagues aboard Netcare 1 air ambulance, which was carrying a pilot and four health-care personnel when it crashed near Bergville.”

Netcare’s chief executive, Dr Richard Friedland, said that the group was in shock.

“The whole of Netcare falls silent as we bow our heads in tribute, respect, love and memory of our fallen colleagues and front-line heroes who have died in the line of duty. There are no words adequate to describe our sense of profound loss and grief at this terrible time. Our thoughts and prayers are with the families.” 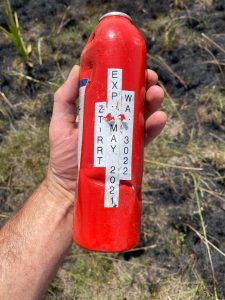 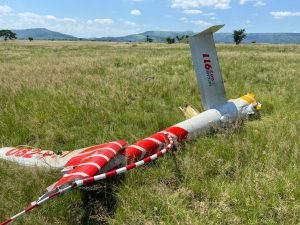 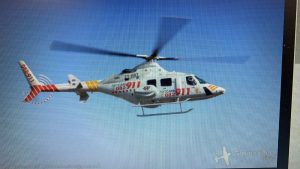 On Monday, a 50-year-old truck driver died after his truck started rolling downhill, crashing into several vehicles, through a boundary wall and into a house.  Residents said they were horrified when the truck starting running downhill towards their homes.  The incident, which happened in Stapleton Road, was captured on a video that has since gone viral on social media.  The Metro Police were attending to an accident when the truck unexpectedly started rolling forward.  Parboo Sewpersad, Durban Metro Police Spokesperson, said that the truck driver had initially stopped his vehicle at the accident scene, which was on the corner of Stapleton and East Road.  It is believed the man returned to his truck when it started rolling forward.  “It is alleged that the truck began to roll and collided with the other vehicles. A few metres down the road, the driver of the truck was found. He had sustained injuries,” Sewpersad said. The truck veered off the road, smashed through the boundary wall of one house then crashed into the corner of another house, where it came to a stop. “Eight vehicles were damaged in the collision, including the metro police vehicle and two vehicles which were in the yard of the house, and the house was damaged,” said Sewpersad.  See the video here: https://rumble.com/vak2ab-truck-driver-dies-in-freak-accident-in-pinetown-kzn.html?mref=qnnu&mc=mbuvt Warning: Strong Language

Sizakele Makhanya, the owner of the first house, said she had been watching the first accident on CCTV and saw the truck moving towards her house.  A mother of three, Sizakele said her husband was at the window and she was convinced they were both going to die.  “I told him let’s run, but he couldn’t see that there was danger coming and I thought we were going to be hit by this truck, both of us.”  Natalie Chazvemba, whose father owns the second house, said that the house had cracks in two rooms after the accident.  “The truck ploughed into the corner and the cracks extend through two unoccupied bedrooms,” she said. “My husband looked inside the truck and saw that there was no driver.”  It is believed the driver must have fallen out of the truck or tried to jump out when the truck started rolling forward.

Police are still investigating the cause of the second accident.