The Ins and Outs of Ramaphosa’s Cabinet reshuffle

Ramaphosa has placed himself at the centre of the country’s national security.

He has brought in African National Congress (ANC) head of the sub-committee on economic transformation, Enoch Godongwana, as finance minister as he finally accepted Tito Mboweni’s resignation.

The big surprise was National Assembly Speaker Thandi Modise as minister of defence.

Ramaphosa made the announcements on Thursday night after facing much pressure to fire disgraced Health Minister Zweli Mkhize, who was implicated in the Digital Vibes scandal.

Mkhize, who was on special leave, resigned just hours before Ramaphosa’s announcement.

The country’s top spies now report directly to the president, a clear sign that he is not taking chances following the failure to stop an attempted insurrection.

“This is to ensure that the country’s domestic and foreign intelligence services more effectively enable the president to exercise his responsibility to safeguard the security and integrity of the
nation,” Ramaphosa said.

While Ramaphosa was under pressure to fire all the security cluster ministers, he has kept Bheki Cele as police minister and moved Ayanda Dlodlo from state security back to public service and administration.

After 18 years as defence minister, Nosiviwe Mapisa-Nqakula has been removed.

“Minister Nosiviwe Mapisa-Nqakula will be deployed to a new position, and we thank her for service to the nation and dedication to her responsibilities,” the president said.

To drive the country’s struggling economy, Ramaphosa has promoted Godongwana, who has been the voice of ANC economic policy for over a decade.

On health, the president chose an experienced hand, as Dr Joe Phaahla has served as deputy minister of health for seven years. He will be deputised by Dr Sibongiseni Dhlomo, who was playing oversight for the department as chair of the portfolio committee on health.

The question is: did Ramaphosa go far enough to have a Cabinet that can execute his vision, midway through his tenure? 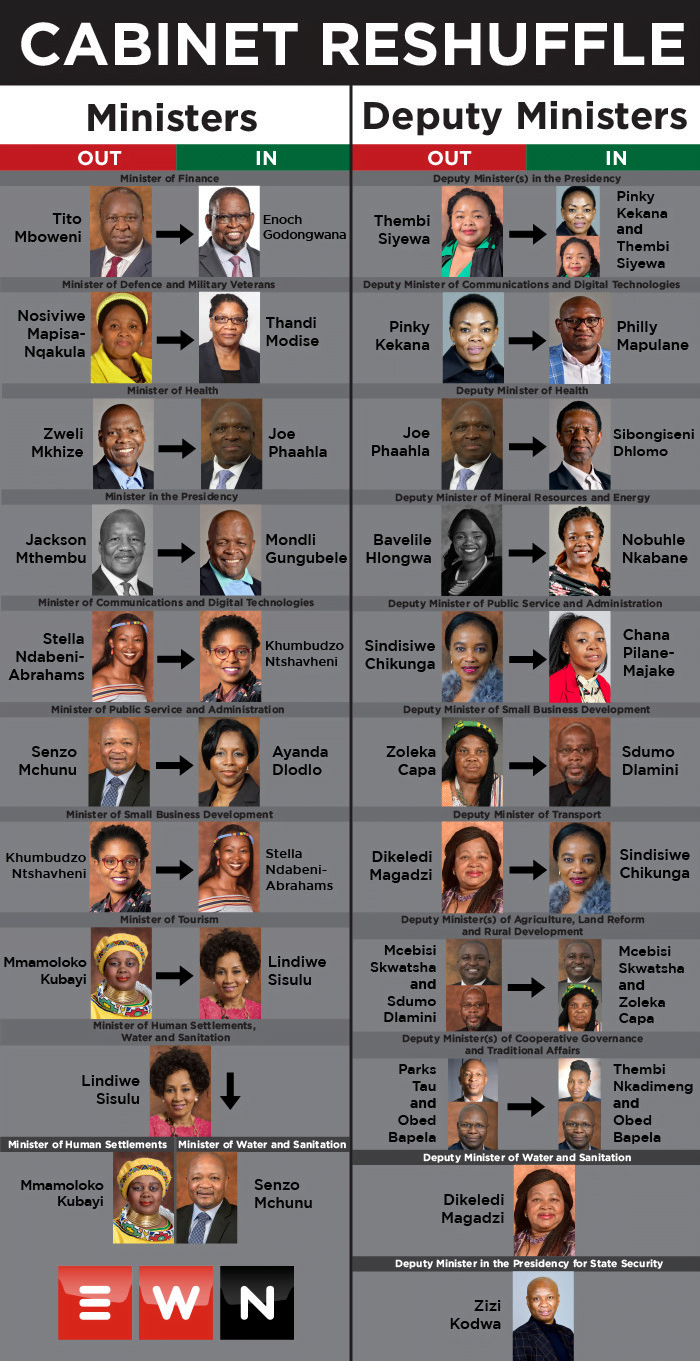