Tag: Back to Shool

The Department of Basic Education (DBE) has confirmed that there will be a staggered return for a large cohort of learners next month, as the government’s ‘back to school’ schedule officially kicks off. School Management Teams have already reported for duty this week, as teachers and educators gear up for the new academic year.

Elijah Mhlanga is the Communications Director for the DBE. He was questioned about reopening plans on Tuesday. When asked if all children ‘will return at the same time’, he emphatically said no – revealing that pupils will be invited back to the classroom ‘on different days’. Mhlanga didn’t elaborate further on the department’s strategy.

“No, [all learners] will not return on the same day. Schools will inform parents which group of learners will come back on which days, as [part] of the rotation. That’s partly why our Management Teams return to school first, to prepare for that.”

As it stands, this is the current ‘back to school’ timetable that schools all across South Africa are working with:

Earlier this week, the DBE issued a stern warning to teachers and support staff who plan to avoid returning to work next week. The ministry’s statement dismisses all concerns about ‘health and safety’, and declared that any employee who fails to turn up for work next Monday without a valid reason ‘could be subject to disciplinary action’.

“All educators and support staff [without comorbidities] are expected to return for duty as timetabled. Those who do not, without a valid reason, subject themselves to the possibility of disciplinary action. All other cases of absenteeism are to be dealt with in terms of the relevant leave provisions. Staff should avoid in engaging in any ‘unprotected actions’.” 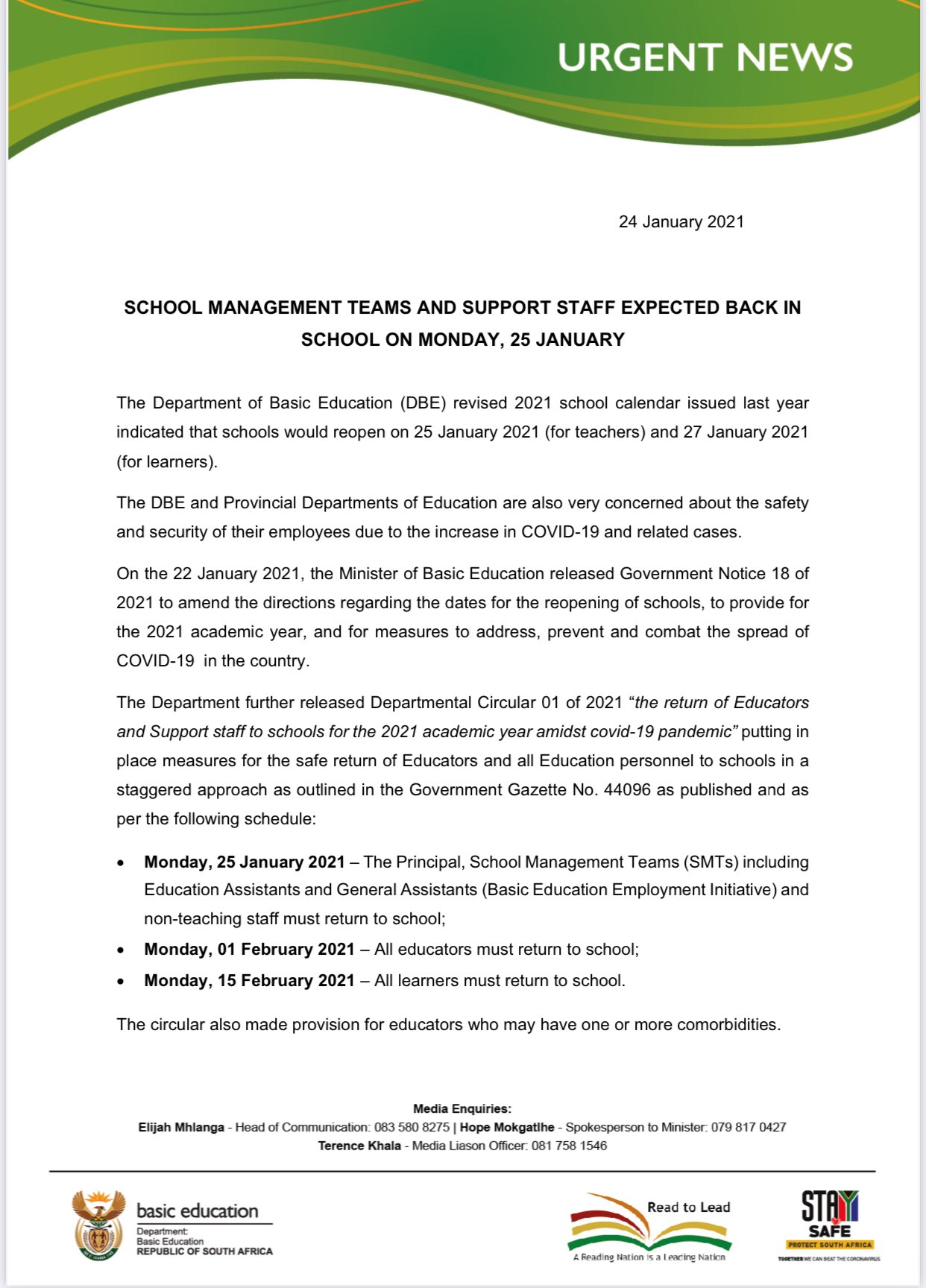 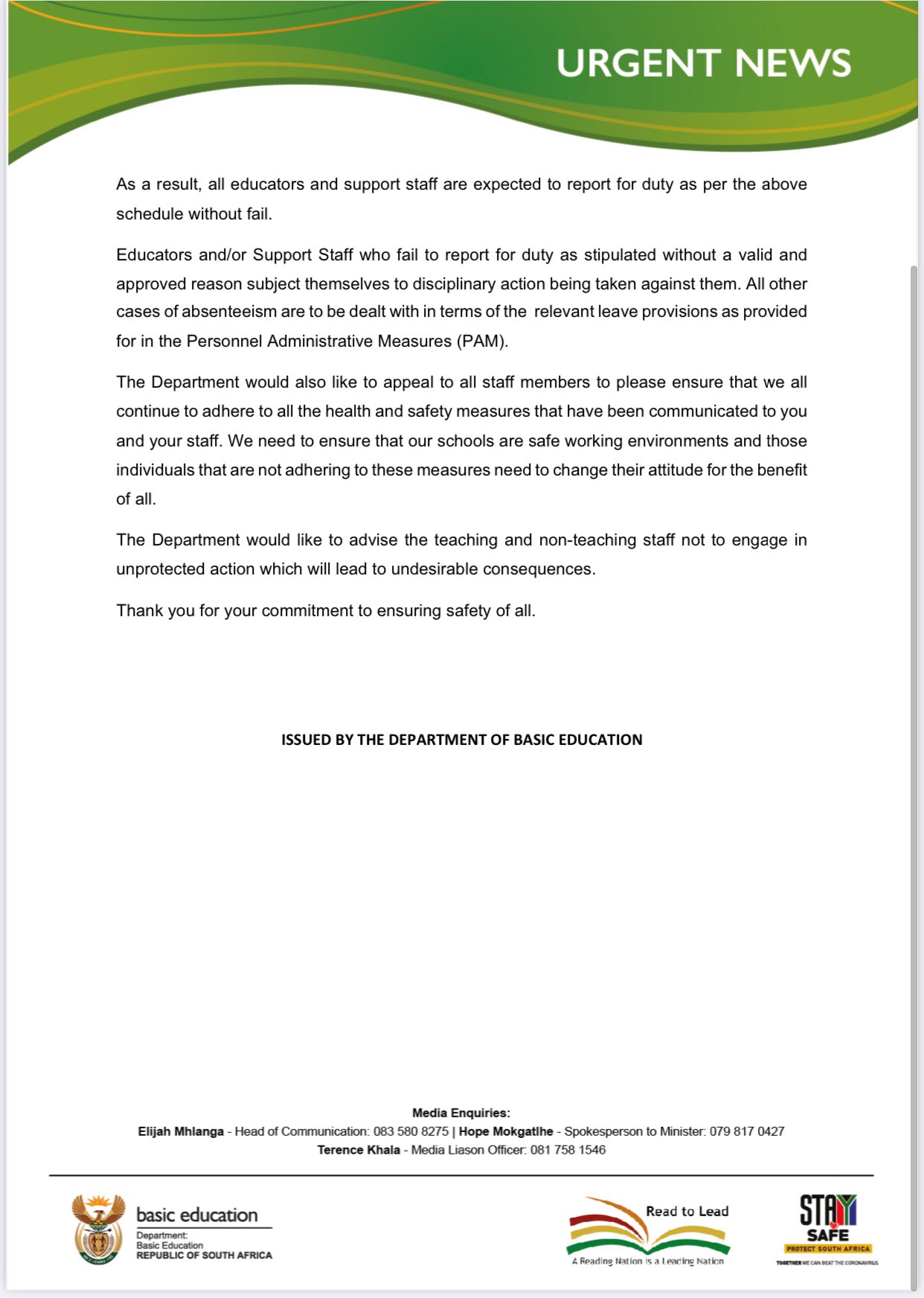