Ntunja represented the Cheetahs and was part of their Currie Cup-winning side in 2005. After hanging up his boots, he joined Supersport as a commentator and part of the famed Xhosa commentary duo of “Zizi and Dabane”, with rugby legend, Makhaya Jack.

His sister Tando, who shared the tragic news on social media said the family was still in shock. 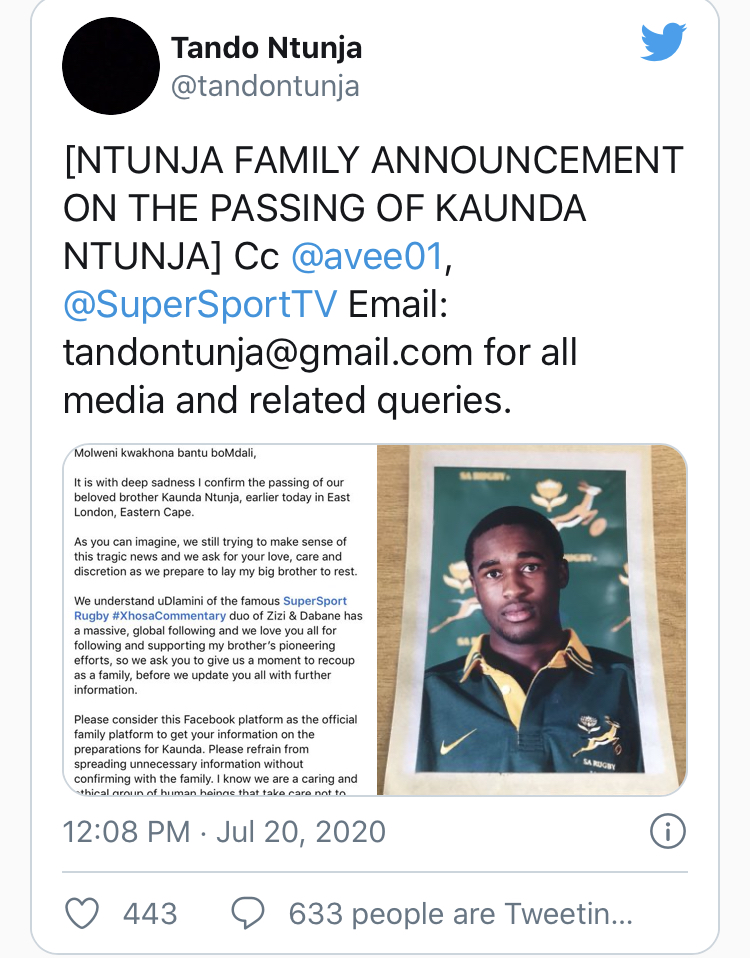 “It is with deep sadness I confirm the passing of our beloved brother Kaunda Ntunja, earlier today in East London, Eastern Cape,” Tando Ntunja wrote.

“As you can imagine, we still trying to make sense of this tragic news and we ask for your love, care and discretion as we prepare to lay my big brother to rest.”

Ntunja made history in 2000, when he became the first black SA Schools captain, leading a team which consisted of the likes of World Cup-winning Bok scrumhalf Ricky Januarie and former Blitzbok flyer MJ Mentz.

In a statement issued out in the afternoon, SA Rugby said it was saddened to learn of Ntunja’s untimely passing.

“He was a true rugby pioneer – the first black African SA Schools captain, a Currie Cup winner and a groundbreaking SuperSport commentator.”

“Our thoughts are with the Ntunja family and all of his friends and colleagues for this terrible loss – the South African rugby community is much poorer without Kaunda Ntunja,” he said.

Coca-Cola: Is rewarding you for returning their bottles!