President Cyril Ramaphosa’s National Coronavirus Command Council (NCCC) will soon be advised on the revision of the imposed Covid-19 national lockdown measures as provinces record a decline in infection rates.

This was revealed by Health Minister Zweli Mkhize on Wednesday as he provided an update on the state of the government’s fight against the pandemic.

Mkhize said Gauteng, Western Cape and the Eastern Cape were currently displaying a consistent trend in the decline of infections, with other provinces such as KwaZulu-Natal also expected to reach their peak soon.

Mkhize said Ramaphosa had asked him and his team to table recommendations before the NCCC on what would be the next best steps to be taken by South Africa going forward. 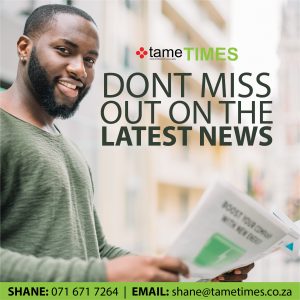 “So, we will be tabling recommendations to the NCCC. At some point during the course of next week, we should be able to get further guidance from the NCCC and the president,” Mkhize said.

Around 521318 Covid-19 positive cases had been confirmed by on Wednesday noon, with up to 8884 deaths recorded.

“Most of the parts of the country, except KwaZulu-Natal and other provinces, have really pretty much reached the peak points and this peak point is likely to continue in KZN and the other provinces. However, it will be at a slightly lower level although the numbers of each province will still be very high,” Mkhize said.

He cautioned that the risk of a second surge remained and said that the public should continue to adhere to health protocols such as wearing masks, sanitising and washing of hands, maintaining social distancing and avoiding public gatherings.

“Until we are completely safe, we will keep reviewing restrictions and if necessary restrictions will still remain in place,” he said.

He also revealed that around 24104 health-care workers had been infected by the virus, with 181 of them having been confirmed as having died from it.

Mkhize said he had received reports that some of the health-care workers were dying after being infected because of failure or neglect by management to adhere to prescribed workplace safety protocols, which allegedly led to the death of a doctor at George Mukhari Academic Hospital, whose working conditions have been described as unsafe.

He added that he had now appointed a team of medical, nursing and legal professionals, led by Professor Taole Mokoena, to conduct an urgent investigation into the hospital and table a report in 14 days.

“I want to assure members of the public that if individuals entrusted with positions of power in health facilities or even at the district level are found to be in dereliction of duty by not ensuring adherence with health protocols, appropriate action will be taken against them,” Mkhize said.

Another Mass Shooting in USA Kills 6

South Africans Reach Out to Paulse After Tragic Family Deaths

Here it is: The Official Petrol Price for July

Search for Gauteng boy who fell into manhole ends tragically

Winter and your pets

Cops seize alcohol worth R2m and counterfeit goods worth R2.8m