A wealthy man, who spent millions of rands on online gambling, and still drives his luxury BMW, claims he is too poor to pay maintenance towards his two children.  The Gauteng High Court however gave him until tomorrow to make his first instalment of R30,000 or be held in contempt.  He was ordered to pay R30,000 monthly until he has paid for the full arrears amount of R538,000.  This is apart from the amount that the maintenance court will set as a monthly payment due.  The father is disputing the amount owed.  He will also have to submit a psychological report setting out to what extent he has a gambling addiction.

The Gauteng High Court Judge ruled that the mother could approach the court at any time to have her former husband committed to jail if he failed to deliver on the court orders.  The court was very clear that the normal monthly payments would not be affected by the R30,000 monthly arrears payments, and that he will have to pay both amounts.  He was originally ordered to pay R7500 maintenance per child per month.  When he failed to do this the mother turned to the court for help to compel him to keep up with his payments. 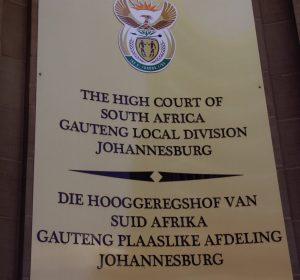 On top of the monthly payments, and the instalments for the arrears amount, the father is responsible for a contribution towards school fees and other expenses.  He earns nearly R150,000 per month but claimed that he could not afford the maintenance.  He claimed that he had debt repayments that needed to be pay first, which includes R10,000 a month towards his luxury BMW.  The father insisted that he could not drive anything else but the BMW 2-series.  Meanwhile he spent millions over the past few years on online gambling, nearly 138,000 transactions.   He applied to the court to have his monthly contributions reduced to R1,000 our child and later proposed to up the amount to R2,500.

The court responded that it was untenable for the man not to pay anything for months and then claim he can’t afford it.  He doesn’t deny his gambling problem but maintains that it is not an addiction.  The court found it noteworthy that the father’s case was not that he could not pay, but rather that he had other creditors standing in line.

Ofentse Pitse, the first black woman in SA to own and conduct an all-black orchestra

TRANSPORT NEWS: Mbalula pleads with the taxi industry to not break the law.