Stock up on school stationery ahead of the new year rush

Tax hikes in place by February?

Eskom has announced that Stage 2 load-shedding will be implemented from 8am to 10 pm on Thursday.

Eskom says there is a possibility that this could escalate to Stage 3 later today.

The power cuts are the result of an increase in plant breakdowns during the night and early hours of the morning.

In a statement from Eskom,”The delay of the return to service of two units at Duvha and Tutuka and the breakdowns of four units at Kriel, Tutuka, and Kendal have resulted in the need for load-shedding today,” 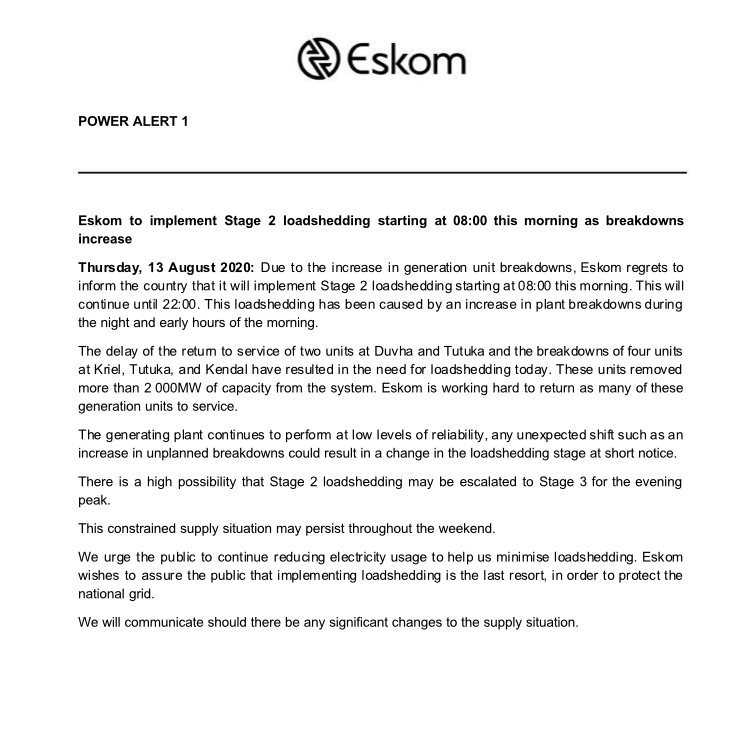 SA could be last in line for Covid-19 vaccine

Stock up on school stationery ahead of the new year rush

Tax hikes in place by February?

SA Economy – The Worst is yet to come

Major problems expected at South African schools due to Covid-19

Eskom load-shedding to continue on weekly basis until April