It doesn’t matter where in South Africa you live, we are all desperate for heroes, and good news.  In East London, a humble hero rescued a baby girl on Monday.

A man was stopped from throwing a 1-year-old girl from a bridge in East London on Monday.  The girl is reportedly his niece.  Dylan Fleming, a reaction officer with Red Alert Security EC, was the hero in the dramatic rescue of the little girl.  A member of the public alerted Red Alert Electronic Security EC at 13:20 that a man was threatening to throw a little girl of the Steve Biko walking bridge.  In a statement to the media, Red Alert said: “Our armed response team was dispatched and on arrival saw the man dangling the girl by her feet of the bridge wanting to throw her off.”

“The suspect has been identified as her uncle. There were a lot of community members on the scene and they helped to distract the suspect.  That’s when our officer, another family member and [members of] the community robbed he girl and the suspect ran.

“We rushed the girl to our ambulance where she was treated for minor injuries.  The suspect was threatening to jump of the cliff near the bridge but [was] cornered by [police], Metro [police] and fire department at the bottom.”  Colonel Sibongile Soci, police spokesperson, confirmed the incident: “A 30-year-old suspect was arrested and charged for child stealing and attempted murder following allegations that he was threatening to throw a one-year-old baby of the Steve Biko Bridge in East London…” 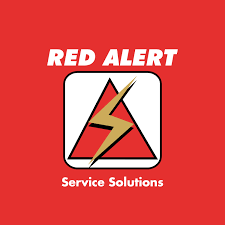 Dylan Fleming posted on his Facebook page later on Monday afternoon: “All Im going to say is the lord works in mysterious ways.”  Several comments were made commending Dylan for his heroic act.  Sources close to Dylan told tameTIMES that he is a humble and compassionate man who always puts others first, regardless of the danger to himself.  He is the type of man that South Africans need on the police force.  Dylan’s father, a former police officer, said that his son has always been passionate about helping others and serving his community.

Delaying 2021 elections to 2024 is unconstitutional

NCCC wants reopening of schools to be postponed

Stage 2 load shedding to be implemented from Thursday to Sunday

Confirmed cases in SA increase by 18 555

SARS will do lifestyle audits in bid to recover billions

Should the Covid-19 vaccine be mandatory?

How Covid-19 changed the property industry