Man’s lower legs amputated after being crushed in truck accident

In a media briefing on Wednesday (15 July), Cele said that this will include increased police visibility, roadblocks and patrols ‘where applicable’ in streets, malls and other areas where people ignore social distancing protocols, Business Tech reported.

Members of the South African Police Service, South African National Defence Force and Traffic Departments will be enforcing the 21:00 to 04:00 daily curfew

“There will also be random stop and search operations to ensure that the prohibition on the transportation of alcohol and tobacco is not being subverted,” he said. 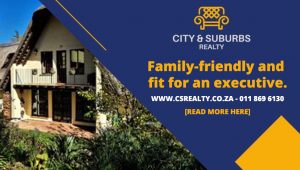 “Throughout all of this, law enforcement officials will be dependent on the cooperation of community members to ensure these operations are handled in the best possible spirit and with the least disruption.”

Cele said that the country’s intelligence services have also been working throughout the pandemic to help track and trace people with the coronavirus.

These services also provide valuable information on trends, patterns & manifestation of Covid-19, both at home and abroad, which has helped inform government’s response, he said.

“Law enforcement officials have been instructed to act resolutely to enforce compliance with the regulations arresting those that breach them and ensuring that they are successfully prosecuted,” Cele said.

“Convictions will result in either fines or jail time depending on the discretion of the court.”

In addition to potential fines for purchasing alcohol and tobacco, Cele warned that those who are caught breaching curfew without a valid permit will be prosecuted.

Cele says those who work at night or early in the morning will have to produce a permit of movement when they are requested to do so. Breaking curfew without a permit or a valid reason will be a breach of the regulations and be prosecuted as such.

Cele says the cluster has also noticed an increase in social gatherings before and after funerals. The night vigil before the burial and the so-called “After Tears” remain prohibited gatherings. No alcohol may be consumed at the actual funeral either.

News: You can now buy vouchers for private doctors in South Africa

More than 48,000 teachers and school staff vaccinated on first day of rollout programme

Gauteng in for FREQUENT interruptions if electricity is not used sparingly

No booze, no autographs as Tokyo Olympics unveils fan rules

Over-50s next in line for Covid-19 vaccines

EMPD officer gunned down during shoot-out with ‘illegal miners’

Are you 40 and over? You can soon register for vaccination