The Fair Trade Independent Tobacco Association has lodged an application for leave to appeal a court ruling that dismissed its challenge to overturn the state’s ban on the sale of cigarettes.

Its application was submitted in the High Court in Pretoria on Friday. 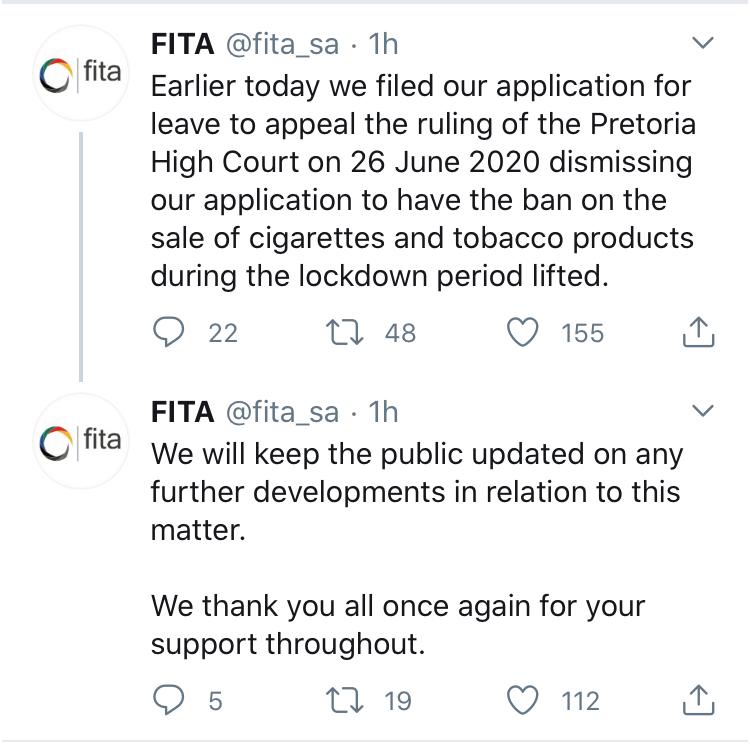 Last month the same court dismissed FITA’s initial challenge to overturn the ban on the sale of tobacco and cigarettes. These have been banned since the start of the lockdown in late March.

Cigarette companies have argued that the ban led to hundreds of millions of rands in lost sales while contributing to the growth of an illicit tobacco market.

The state has defended the ban is necessary for health reasons.

In its application for leave to appeal, FITA argues that the court made a number of errors in its reading of the Disaster Management Act, among other points

How To Survive a Fire

Health: 6 Ways you can improve your mental health today