Loadshedding is back tonight

Eskom announced that Stage 2 load shedding would be implemented on Monday night, 7 March and Tuesday night, due to the failure of multiple generating units.

Eskom said the generating units went down over the past 24 hours. Therefore, Stage 2 load shedding will be implemented from 21:00 on Monday until 5:00 on Tuesday morning.

The same stage of power cuts will be repeated at 21:00 on Tuesday night until 5:00 on Wednesday morning. 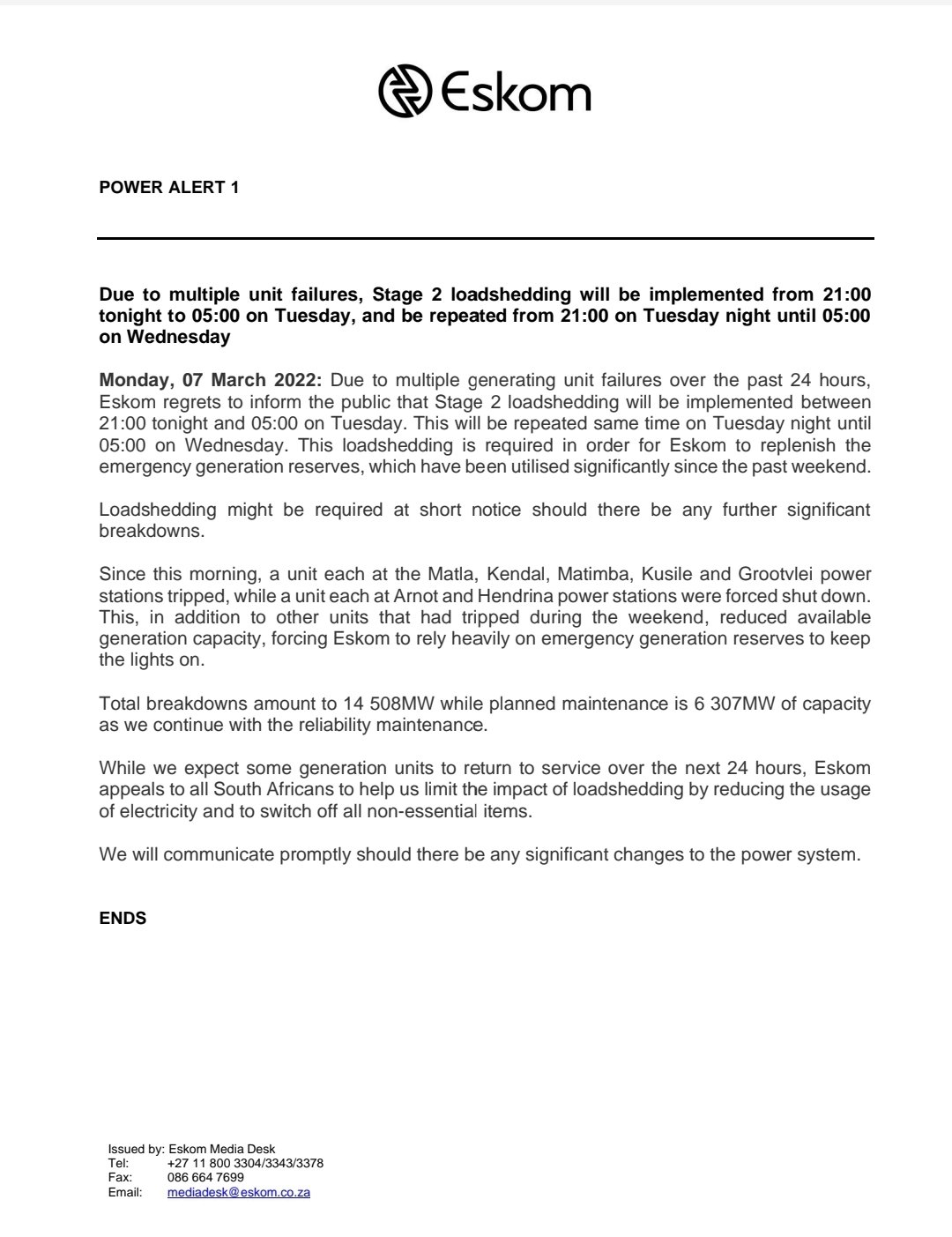 Cigarettes may be off-limits until August