Sean Connery’s family today confirmed that the beloved famous actor passed away.  Connery enjoyed a long and distinguished career but is best known for being the original James Bond, and, to many fans the best ever. Sir Sean Connery brought Ian Fleming’s secret agent to the big screen in 1962’s Dr No and went on to star in seven hit films in total.

Raised in near poverty, he worked as a coffin polisher, milkman and even a lifeguard before love of body building helped launch a career in acting. With Bond propelling him to international stardom, Sir Sean enjoyed more than 40 years in the industry during which time he won an Oscar, two Baftas and three Golden Globes. Connery was knighted in 2000 for his services to the dramatic arts. 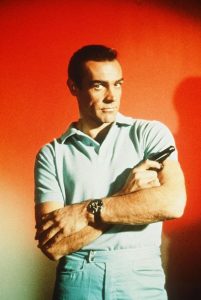 Tributes have been pouring in for the much-loved star from heartbroken fans as well as politicians and celebrities. The Official James Bond Twitter account shared a heartfelt statement from producers Michael G. Wilson and Barbara Broccoli. They praised Connery for revolutionising the world with his ‘gritty and witty’ portrayal of the secret service agent, acknowledging the franchise may never have taken off if it wasn’t for his star quality.

Wilson and Brocolli shared: “We are devastated by the news of the passing of Sir Sean Connery. He was and shall always be remembered as the original James Bond whose indelible entrance into cinema history began when he announced those unforgettable words — “The name’s Bond… James Bond” — he revolutionised the world with his gritty and witty portrayal of the sexy and charismatic secret agent. He is undoubtedly largely responsible for the success of the film series and we shall be forever grateful to him.” Fellow Scotsman Robert Carlyle tweeted: “RIP Sir Sean Connery.. a trailblazer, a true legend and a gentleman.” 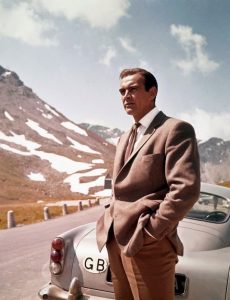 The First Minister of Scotland Nicola Sturgeon also paid her respects on social media, saying that Scotland was in mourning. “I was heartbroken to learn this morning of the passing of Sir Sean Connery. Our nation today mourns one of her best loved sons. Sean was born into a working class Edinburgh family and through talent & sheer hard work, became an international film icon and one of the world’s most accomplished actors.”

Piers Morgan shared: “RIP Sir Sean Connery, 90. The first James Bond. The best James Bond. What sad news.” Connery took home an Academy Award in 1998 for best supporting actor for his role as a tough Irish police officer in The Untouchables. Among his other hit films were Indiana Jones and the Last Crusade, Dragonheart and Murder on the Orient Express. Dr No, the first of the Bond films, turned the actor into an international star.

His fame only grew with the ever more popular sequels From Russia With Love, Goldfinger and Thunderball. After 1967’s You Only Live Twice, Sir Sean left the franchise over fears of being typecast but was persuaded back for 1971’s Diamonds Are Forever. Sir Sean left Bond behind again, only to return for a second time for 1983’s Never Say Never.

Born Thomas Sean Connery on 25 August 1930 in Fountainbridge, Edinburgh, he is the eldest son of Euphemia McBain, and Joseph Connery, a factory worker and lorry driver, who also had another son, Neil. Sean Connery joined the Royal Navy and it was here he acquired two tattoos: one that reads “Mum and Dad” and the other says “Scotland Forever”. After being medically discharged from the navy, he worked as a lorry driver, a lifeguard, a labourer, a coffin polisher and an artist’s model for the Edinburgh College of Art. 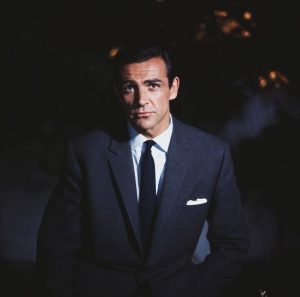 Sir Sean turned to acting after he was offered a contract with Manchester United football for £25 a week. He recalled:”I realised that a top-class footballer could be over the hill by the age of 30, and I was already 23. “I decided to become an actor and it turned out to be one of my more intelligent moves.” He got his first taste of showbusiness working backstage at the King’s Theatre in late 1951, and not long after landing a small part in the production of South Pacific.

By the time the show reached Edinburgh, he had been given the part of Marine Cpl. Hamilton Steeves and was understudying two of the juvenile leads. It was here in 1954, that Connery first met actor Michael Caine at a party. The two became firm friends and Connery caught the acting bug.

A struggling actor trying to make ends meet, he played the role of a boxer in the TV series The Square Ring, where he was spotted by Canadian director Alvin Rakoff who gave him a break in 1956 TV movie The Condemned. After landing a few small parts and TV roles – including in the BBC Television police series Dixon of Dock Green – he landed the role of a lifetime.

In 1962 he was cast as secret agent James Bond – a character he played from 1962-1971, then again in 1983. At the time it was said he was reluctant to commit to a film series as the dapper Bond, but he knew that his career would benefit greatly should the franchise succeed.

He ended up playing secret agent 007 in the first five Bond films: Dr. No (1962), From Russia with Love (1963), Goldfinger (1964), Thunderball (1965), and You Only Live Twice (1967) – then appeared again as Bond in Diamonds Are Forever (1971) and Never Say Never Again (1983). Interestingly, James Bond’s creator, Ian Fleming, originally doubted Connery’s casting, having said: “He’s not what I envisioned of James Bond looks.” The reservations didn’t last long and Fleming was so impressed with Connery’s turn in Dr. No, he created a half-Scottish, half-Swiss heritage for Bond in the later novels. 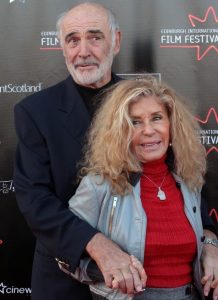 Bond made Connery a household name, but he eventually grew tired of the role and the pressure the franchise put on him. His friend Michael Caine once said: “If you were his friend in these early days you didn’t raise the subject of Bond. He was, and is, a much better actor than just playing James Bond, but he became synonymous with Bond. “He’d be walking down the street and people would say, ‘Look, there’s James Bond.’” 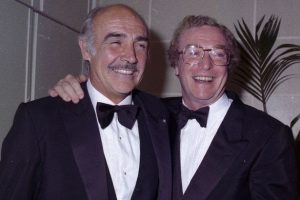 Abandoning the beloved Bond, over the following years, Connery found great success as part of ensemble casts in films such as Murder on the Orient Express (1974) with Vanessa Redgrave and John Gielgud, and A Bridge Too Far (1977) co-starring Dirk Bogarde and Laurence Olivier. Connery confirmed his retirement from acting on film at the American Film Institute’s Lifetime Achievement Award on 8 June 2006. In regards to his rumoured return to the screen, he once said: “retirement is just too much damned fun”.

Connery was married to actress Diane Cilento from 1962 to 1973. They had a son, actor Jason Connery, before he married Moroccan-French painter Micheline Roquebrune in 1975 – who he remained with until his passing. In his older age, he relied on the help of a full-time caregiver where he lived in New York City, rarely making public appearances. However his attendance at the US Open in August garnered a standing ovation from the crowd, as the James Bond theme rang out across the stands.

No “back to work” for South African tech companies

The health benefits of eating Blueberries