Members of the South African Municipal Workers Union (Samwu) have again engaged in violent protests in the Germiston, Ekurhuleni, on Tuesday 28 July, with several people arrested and reports of clashes with police since the strike began on Monday, The South African reported. 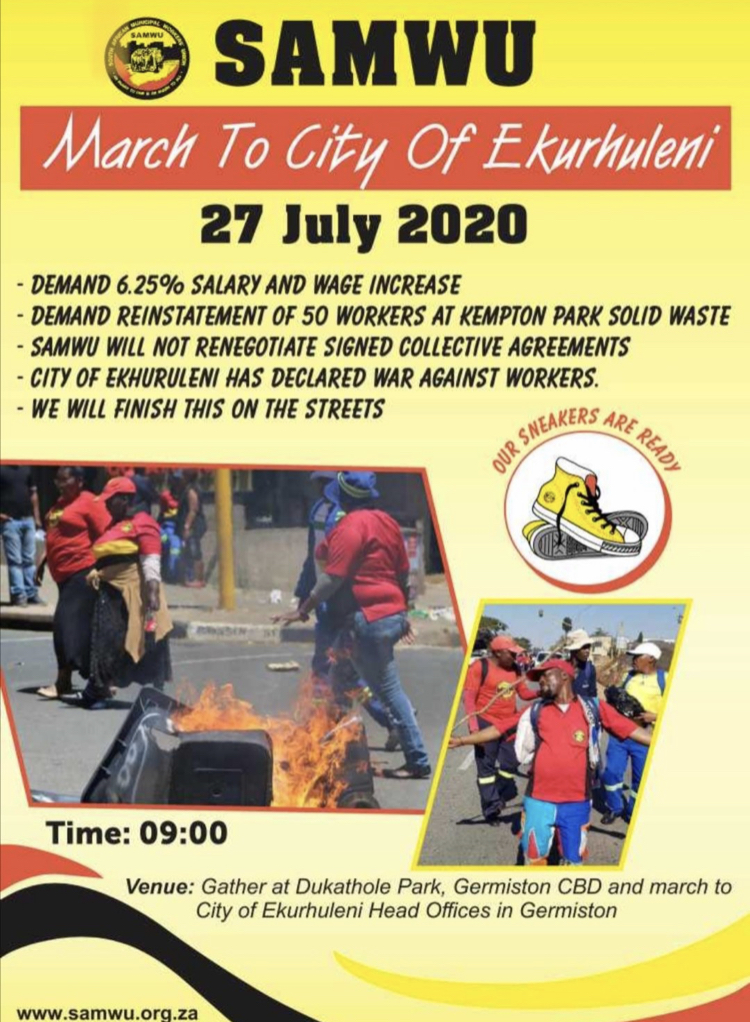 Emboldened by the City of Tswane’s concession to increase municipal wages by 6.25% last week after a week of similarly violent protest, Samwu have now demanded the same wage hike in Ekurhuleni.

According to Samwu’s regional secretary, Mpho Meso, ongoing protests over payment disputes between municipal workers in Ekurhuleni have boiled over, and on Monday 27 July three people were arrested.

“Three members of the South African Municipal Workers Union have been arrested,” he told Jacaranda FM.

He also claimed that the South African Police Service (SAPS) had clashed with protesters, saying that some of the members currently protesting had been injured.

“The employer is very arrogant and has called the SAPS army to shoot at workers. Our members are injured. At the moment the situation is not calm.”

Meso also said that intimidation from law enforcement agencies would not deter them from striking for the wage hikes they feel entitled to. Samwu are demanding that Ekurhuleni increase salaries and wages by the same 6.25% as was agreed in Tshwane last week.

They are also demanding that 50 workers who were dismissed from the Kempton Park Municipal Waste plant.

“One thing I want to assure you is that we are not going to return to work and we are going to withdraw our labour until the municipality can hear the frustration of the workers,” he said.

“It shows that the employer of the city is arrogant and doesn’t want to enter into bargaining processes with the leadership of organised labour.”

Cosmopolitan will close its doors on 1 May