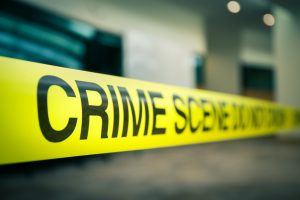 According to TimesLive, Gauteng police are investigating at least three cases of murder on the East Rand this week.

In the first incident, the bodies of a mother and son were found dumped not far from each other in a maize field in Benoni, said Capt Kay Makhubele.

“The bodies were seen by a passer-by on Monday and the police later discovered that the two were a mother and son,” said Makhubele.

The two had sustained open wounds, caused by “sharp objects”.

No arrests had been made but the two had since been positively identified by their  families, Makhubele said.

On Friday, the badly burnt body of a young woman was found in Putfontein, a few kilometres from Benoni.

Her corpse was also noticed by a passer-by.

“She had been burnt completely on the face and up to her breast area,” Makhubele said.

“She was unrecognisable and her face was burnt beyond recognition,” he added.

The woman was wearing a pink top and black Adidas pants.

Makhubele appealed to the community to assist in identifying her, saying any person who has a missing relative possibly fitting the description should notify police.

Comic Con Africa 2020 will be Online!