The utility said before a transformer could be fixed or replaced after overloading, it would follow a strict process of electricity audits to avoid a repeat of damage to the equipment and network. The process was expected to be implemented as follows:

The utility added that non-buying of electricity resulted in revenue losses and increased energy and operational costs.

This process could take months.  This warning was distributed to customers in a newsletter.

“With the increased number of communities across Gauteng bypassing their meters and illegally connecting themselves to the network, there has been a rise in the vandalism of pole-mounted transformers and mini-substations, which lead to network overloading and subsequently fail and explode as their protections have been interfered with,” it said. 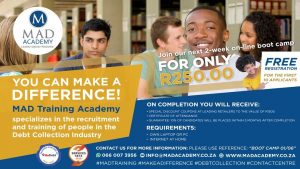 Eskom CEO Andre De Ruyter says the current round of rolling blackouts will ease this week, but the power utility has conceded that load-shedding will …

“Due to the backlog caused by the high equipment failure, resource constraints coupled with community resistance, it may take up to three months to repair and restore supply after the full audit process is completed.  “Eskom remains committed to restoring power supply in affected areas.”

Eskom urged customers to make use of safe, legal electricity to ensure sustainability to the utility.

SA divorce rate ‘on the rise during lockdown’

Noisy Neighbour: You can now take them to court.

How does the coronavirus reach the brain.

Agrizzi back in court over Bosasa graft

What to expect from the next family meeting time.

How human traffickers use social media to lure victims

2 People killed and one critical in Xavier M1 shooting

A 22:00 curfew for South Africa and new alcohol restrictions

Loot And Burn 3 Trucks In Boksburg