Other countries implemented a lockdown when cases started to rise and waited for the number of COVID-19 cases to go down before they ease their lockdown restrictions.

South Africa is going in the opposite direction and is easing lockdown restrictions as the spread of the virus is increasing.

Instead of increasing restrictions during the growth phase of the virus to reduce its spread – like in other countries – South Africa is allowing more movement and larger congregations of people.

This fuel the spread of the virus across the country as the number of COVID-19 infections is nowhere close to reaching its peak.

Many people criticised this strategy, saying instead of flatting the infection curve the government has only flattened the economy.

South Africa overtook China in the total number of confirmed coronavirus cases two weeks ago, and since then, the growth rate has continued to increase.

To illustrate South Africa’s unique lockdown strategy, it is educational to compare it to China’s lockdown in Wuhan and other cities in Hubei. 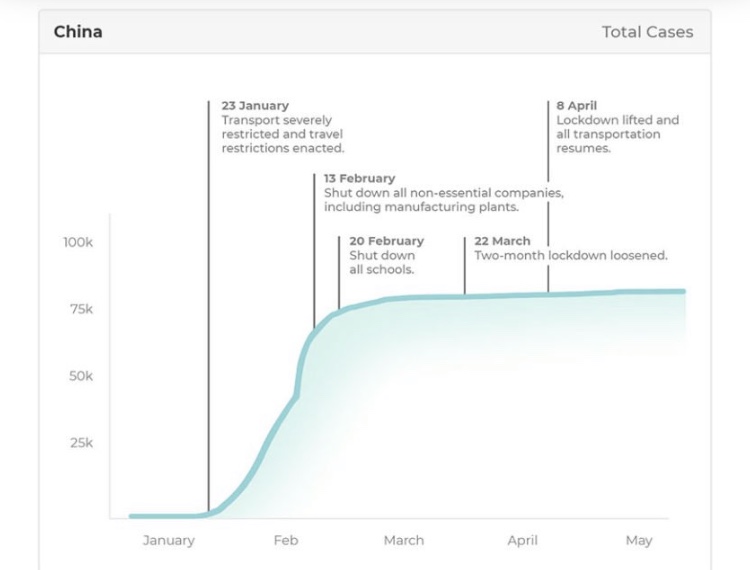 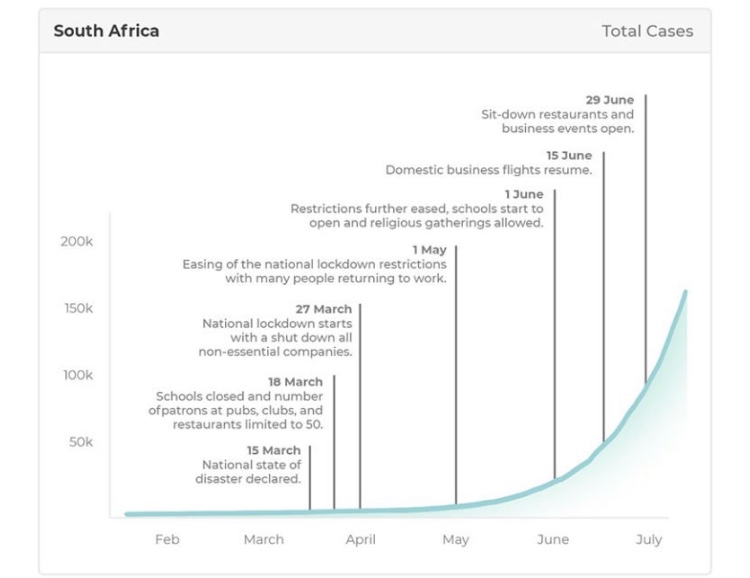 South Africa has now reached a rapid COVID-19 growth phase, and the government has yet again eased restrictions on public gatherings, sit-down restaurants, and business events.