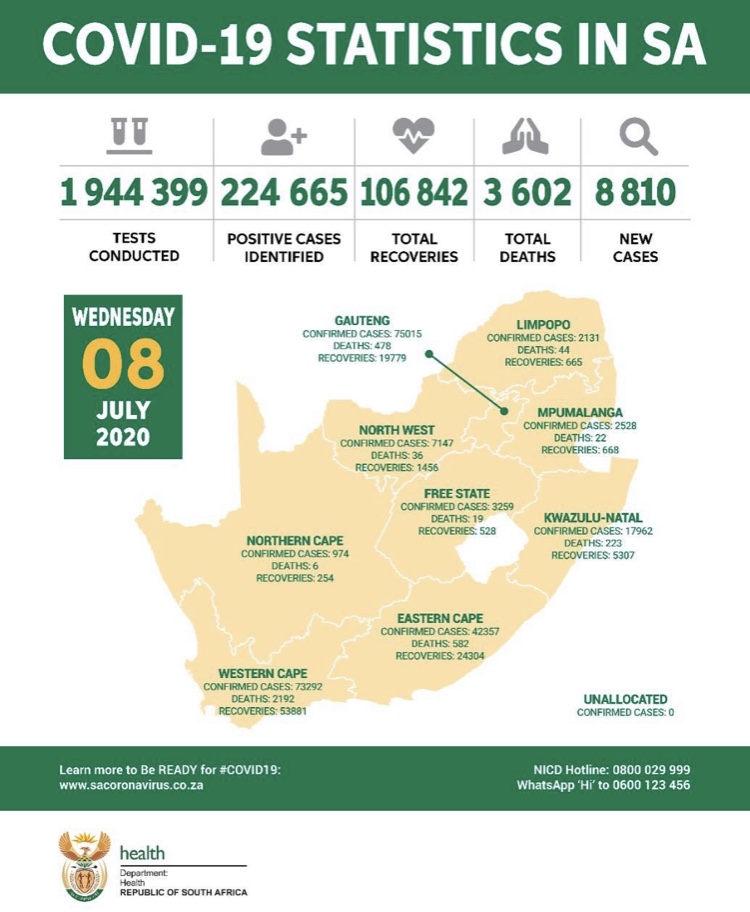 The 100 deaths and 8 800 new cases were the most the country has seen since Covid-19 arrived in the country in March.

The more than 8 800 new infections reported on Wednesday night also mean South Africa had the fourth most new cases in the world, with only the USA, Brazil and India recording more cases, according to IOL

The 100 new deaths also mean the country had the 11th most new deaths, with only Brazil, USA, Mexico, India, Peru, Russia, Columbia, Iran, Chile and the UK recording more deaths on the same day.

South Africa now has the 13th most Covid-19 cases in the world, surpassing Saudi Arabia.