Edwin Sodi, the director of Blackhead Consulting, has been at the centre of the Free State Asbestos scandal.  His company was awarded a tender of R255-million to audit and remove asbestos roofs in the Free State.  Sodi, along with his six co-accused appeared in the Bloemfontein Magistrates Court on the 2nd of October.  They are facing around 60 charges relating to the Asbestos contract.

Meanwhile, the National Prosecuting Authority’s Asset Forfeiture Unit has seized several luxury vehicles belonging to Edwin Sodi’s company in Bryanston today.  Among the vehicles seized is a Ferrari, a Porsche and a Bentley.  The Asset Forfeiture Unit is attaching assets that were allegedly purchased using cash from the 2014 asbestos scandal.  Sipho Ngwema, spokesperson for the NPA, said the curator’s office was conducting the operations.  “They were at business earlier today at Peter Place. They were also on his property in Bryanston where they are moving movable property, which is going to be attached in terms of the order. But also, they are attaching the houses, which in terms of the order, he can still have custody of, but is not allowed to do any alterations.”

#edwinsodi a Ferrari Four drives into blackhead Consulting. A Red Ferrari of the same model has also been listed under the assets to be seized at his company. KM pic.twitter.com/IEDyGMyRKz

#edwinsodi a Ferrari Four drives into blackhead Consulting. A Red Ferrari of the same model has also been listed under the assets to be seized at his company. KM pic.twitter.com/IEDyGMyRKz

It is expected that as much as 25 vehicles could be seized and placed under lock and key, pending the outcome of the criminal case against Sodi.  A range of other assets were also attached, and bank accounts freezed.  The NPA reported that R300-million in assets and cash have been frozen.  Apart from Sodi, ousted Mangaung Sarah Mlamleli, Nthimotse Mokhesi, Head of Free State human settlements department, John Matlakal, Sello Radebe, Abel Manyeki and Thabane Zulu are all suspects facing the court. 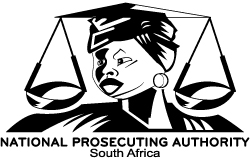 The luxury vehicles could be seen driving from Blackhead Consulting’s offices in Bryanston, while the media and citizens took pictures and videos.

Official unemployment rate at its highest since 2008

News: Mthethwa has called on all South Africans, to rally behind Caster Semenya