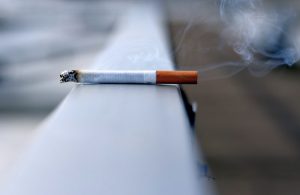 The Gauteng High Court has dismissed the case brought by fair trade association Fita to try and lift the ban on the sale of cigarettes in the country.

The group confirmed the ruling on Friday (26 June), adding that it would issue a public statement on the matter at a later time, according to Business Tech.

Fita had argued that the ban on the sale of cigarettes was detrimental to both industry and individuals, and that it was premised on irrational reasoning.

Government, meanwhile, argued that the ban was in place to protect the health of South African citizens and would encourage addicts to quit.

While government argued that smoking could lead to an increase in coronavirus cases and even death, Fita said that this is not an issue that is limited to cigarettes.

According to the courts, however, Fita had failed to convince the judges of its case.

Specifically, the court said that Fita’s argument that tobacco products be considered ‘necessary’ due to the negative effects the ban was having on those dependent on the substance, was without merit.

The court also noted that Fita bringing the case ignored the context in which the ban was put in place – an unprecedented global pandemic, which required swift response from government.

The case was dismissed with costs.

South Africa vs. Argentina: who will win the rugby?

National News – The General’s wife is in trouble