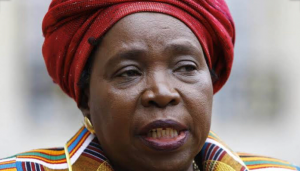 The ongoing legal feud between cigarette manufacturers and the government has taken a new turn as the case between British American Tobacco South Africa’s (Batsa) and the Minister of Cooperative Governance and Traditional Affairs Nkosazana Dlamini-Zuma has been delayed.

British American Tobacco (BATSA) says it has received communication that the court hearing on the prohibition on the sale of tobacco products will be pushed out by a further six weeks.

BATSA said it received communication on Friday (26 June) that the application being brought by it and others against the ban has now been listed for 5 and 6 August.

This is despite BATSA agreeing, on the instructions of the judge president, with the state president and Cogta minister, that the case should be heard on 30 June, it said.

“This is why all sides agreed that the hearing should be scheduled for Tuesday, next week, and why all court papers had been filed by Wednesday (24 June).”

This delaying of justice and a resolution of this issue is inexplicable, said Johnny Moloto of BATSA.

By the time the case is heard the ban will have been in place for four and half months during which time billions of illegal cigarettes will have been sold, he said.

Malema Takes Ramaphosa and NDZ to ConCourt to Ease Lockdown

What is Monkeypox and should we be concerned

KZN Level 4 weather warning– Everything you need to know

‘Out of control’: Eskom could implement Stage 8 load shedding soon.

‘She moved out with the kids’: Did Prince William & Kate really break up?