Katie-Meg Weinerlein, a pupil from Assumption Convent School, has proved that to attain a matric sometimes requires raw courage.

She started at Assumption Convent in grade one in 2007. Her family remembers clearly how impressed they were that there were wheelchair facilties at the school. Little did they know that they would require these facilities four years later as Katie-Meg would be wheelchair-bound owing to Juvenile Idiopathic Arthritis. This illness came with intense fatigue and nausea as well as many painful joints. For four years she was immobile: her parents had to turn her at night; take her to the toilet; and cut up her food as the joints in her jaw had also been affected. She was unable to write which came with its own set of academic challenges.

Her treatment consisted of many medications, including a biologic which is a form of chemotherapy. Added to this, she required weekly physiotherapy and hydrotherapy. As a result of the illness she missed out on much of her grade five, six and seven years. Katie-Meg recalls the kindness and compassion of her teachers and classmates at Assumption Convent: “One teacher even converted her store room into a room where I could rest.” When asked how she managed to cope, she said that she always tried to focus on what she had rather than on what had been taken from her.

Grade eight was a turning point for her when, with the help of a medical team, she started to walk again. Life seemed to be returning to normal and then, in the third term of her grade eight year, she contracted tuberculosis as a result of her compromised immune system. She was weak and lost a lot of weight. Again she missed out on the last term of school and had to self-study to pass the year-end examinations.

Grade nine to eleven were relatively straight forward, even though the doctors’ appointments were still regular and the medication still a daily routine.

She struggled with a slipped disc which also required medical intervention. It seemed that she was heading toward remission and she was achieving excellent results academically despite the fact that she had missed out on basic foundational concepts. She rarely saw her challenges as stumbling blocks and chose to do nine subjects for matric. In her matric year she was elected as deputy headgirl; a true indication that she wasn’t going to allow her past to determine her future.

However, in May of her matric year, Katie-Meg collapsed in her bedroom and fractured her skull. The CT scan revealed severe bruising and bleeding on the brain. Her brain functioning in terms of memory and concentration were severely compromised as she had sustained a grade 4 concussion. Once again this was a major setback. At the beginning of August she decided she would not be able to complete matric as she needed the time to allow her brain to recover. She recalls, “The most difficult decision I have ever made was to forego my matric as I would not be matriculating with my classmates, and university would be delayed. The one positive thing,” she continues, “is that I could do matric with my younger sister.”

When asked what her plans are for her future, she replies that she has always wanted to be a doctor. “My path has not always turned out the way I have wanted it to, but I have learnt to trust my journey. Who knows, maybe it will take me longer to achieve my dream, just as matric took a litte longer, or maybe my life’s path will take me in another direction,” she smiles.

There is no doubt, that whatever the future holds, Katie-Meg has developed the necessary resilience and sheer guts to not only navigate it, but to navigate it successfully and graciously.

TagsKatie-Meg has developed the necessary resilience 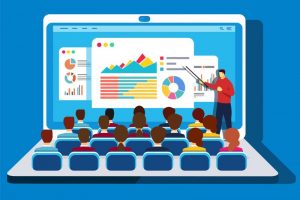 Working together to make us safe as a community

Garin Joemath, born and raised in Johannesburg, is an Editor at a local community newspaper called the tame TIMES for 3 years now.