The South African government is planning to build a website where farm owners will be able to make property available or donate property for land reform purposes, according to a new draft policy.

The draft national policy for beneficiary selection and land allocation, released by the rural development and land reform department on Friday, proposes the use of a website, which government believes will help to avoid corruption.

The online portal will also serve as the only way applicants can apply for property through the state’s land reform programme.

If an applicant is unable to apply, the department will provide support at its regional offices, the policy proposes.

“This system marks an end to an era of an unmonitored long database that caused a lot of dismay among targeted farmers and to ensure a synced and properly seamless system that endeavours to eradicate any form of fraud and nepotism,” the draft policy reads.

The policy furthermore proposes the establishment of an independent selection panel for property allocation after applications have been received.

The panel shall be comprised of multi-disciplinary and diverse representatives from all relevant stakeholders in the land and agriculture reform sector, and shall be appointed by the department.

All applicants will have to be interviewed, and the intended farms inspected before the panel can make a final conclusion.

Interestingly, land expropriation without compensation is not mentioned as a method to acquire property.

Youth and unemployed agricultural graduates, women, people living with disabilities, producers on communal land and military veterans will be prioritised for land reform under the draft policy.

State-owned employees, employees of state-owned enterprises and politicians will be disqualified from the reform process unless they take part in a “cooling period” of at least one year.

Current beneficiaries of the land reform programme, where the person has been allocated a property and has abandoned it, vandalised it, mismanaged state assets or misused funds provided by the state, will also be disqualified.

South Africans can comment on the draft policy until the end of February by sending an email to Bsla@drdlr.gov.za. 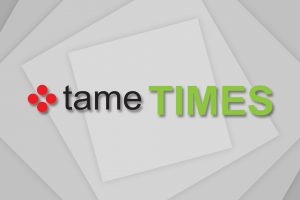 ANC WINS BACK WARD 29 FROM THE DA IN  EKURHULENI

Pamela Vilakazi is a recent Journalism graduate. Working for a community newspaper has allowed her to use her skill to educate, inform and uplift her community through the stories that she writes. Her interests are crime, politics, sports and entertainment.