Police Minister Bheki Cele has clarified  at a press briefing in Pretoria on the enforcement of the national lockdown by ministers of the Justice, Crime Prevention and Security Cluster together with Governance, State Capacity, and Institutional Development.

Cele also announced that there will be no selling or movement of alcohol during the lockdown. He said restaurants would not be allowed to operate during this period.

At the same time, Transport Minister Fikile Mbalula announced that public transport for essential services personnel would be permitted from 5am to 9am and 4pm to 8pm. Users of e-hailing services like Uber and Bolt – including metered taxis – would also operate the same way.

Mbalula said long-distance railway services would be shut down for the period. This included private and public railway services, while regional trains services like the Gautrain in Gauteng and Metrorail would also be suspended.

With regards to taxis and taxi ranks, the minister said they should be regularly sanitised after every trip. There would also be limited bus operations.

Meanwhile, Home Affairs Minister Aaron Motsoaledi said all border posts would be completely closed to the movement of people. But goods and trade would continue to move in and out of the country.

The minister said pictures circulating on social media of Chinese nationals attempting to enter a port of entry were fake. He said the people who posted the pictures would be charged in line with regulations put in place by government to contain the spread of the COVID-19 pandemic.

Motsoaledi said only temporary IDs, death certificates, and the replacement of birth certificates would be issued by Home Affairs.

However, the minister said 11 officials had since tested negative for the virus and the department was still waiting for the results of the last five.

TagsCrime Prevention and Security Cluster together with Governance 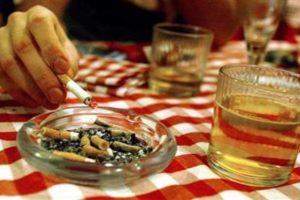 How is life without alcohol and cigarettes?